The Unobtainable a story of blue 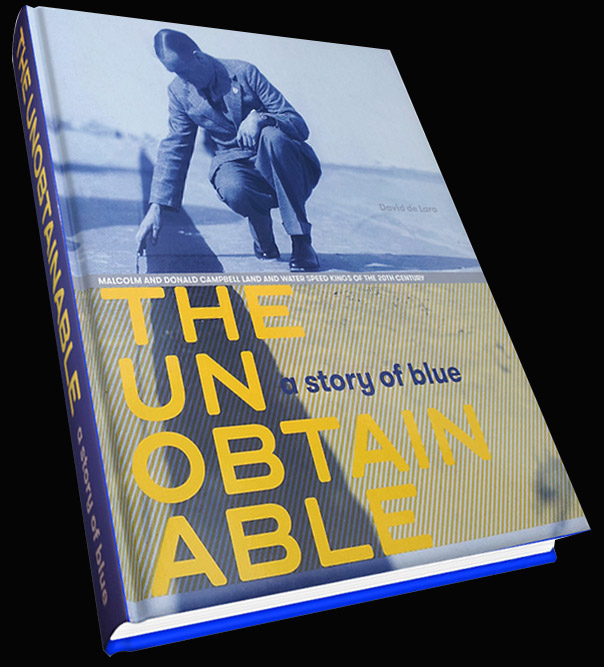 By its very nature, the ultimate speed record on land or water is "Unobtainable" or men would no longer pursue it. Two of the most extraordinary speed record hunters comprised a father and son effort that relentlessly sought the ultimate limits of speed with a legendary stable of blue machines named Bluebird.  David de Lara's new chronicle of the romantic age of land speed racing acutely portrays the performance highlights of Malcolm and Donald Campbell's larger than life record breaking careers. It is also a deeper insightful look at the extraordinary men behind the wheel; a  more personal examination of their lives and unforgiving forces that drove them to greater glory and in Donald's case untimely demise.

Author de Lara has compiled a remarkable photographic record tracing the Campbell legacy from Sir Malcolm's earliest school boy days, through his participation in WWI as a ferry pilot to his business career as an underwriter. He details Malcolms earliest interest in mechanical things and describes how he evolved to one of the most famous racing drivers in history. Among the highlights of Malcolm's record breaking exploits de Lara sprinkles details of lesser known conquests such as a rousing victory in the Boulogne GP in 1928 with a Bugatti Type 39. 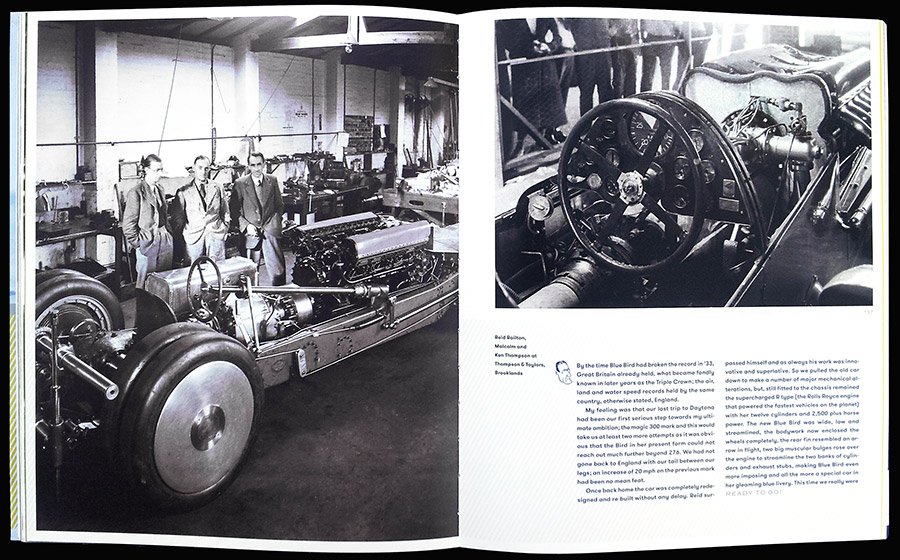 The record breaking period is covered in great detail with a look at each of Campbell's record breaking machines and a description of each attempt including the few troublesome and unsuccessful ones. Specific sections cover each evolving iteration of the Bluebird racing livery beginning with the legendary 350 HP Sunbeam and subsequent upgrades to ever more powerful engines and more streamlined bodies. 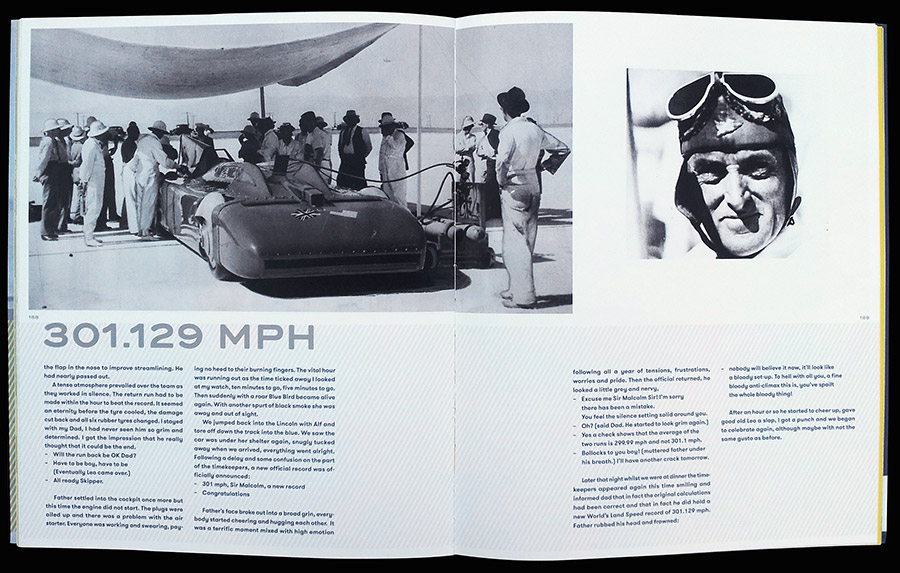 The book is largely devoted to Malcolm Campbells extraordinary history as the most prolific land speed record setter in history. But if flow seamlessly into the subsequent efforts of Donald Campbell who stunned the land speed community by setting the first record over 400 MPH after experiencing a crash at 360 mph. Donald's agonizing attempts to crack 400 in the technically sophisticated CN7 bluebird are beautifully detailed with original photographs and informative text. Donald's crowning achievement is such that in 1964 he became the first and only man ever to hold both land and water speed records at the same time with the Bluebird K7 at 276mph on the water and Bluebird CN7 at 403mph on land. It goes without saying that he more than lived up to his father's grand image. 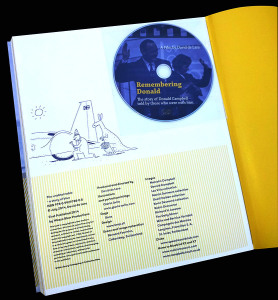 It's easy to see that this was a labor of love for de Lara who quite clearly admires the Campbells as much as anyone with even a passing knowledge of speed records and the difficulty of achieving them. He has structured  the book as high quality packaging for the included DVD, 'Remembering Donald', a fascinating 60 minute color documentary devoted to Donald Campbell. The DVD offers a detailed  glimpse behind the scenes with private family films and candid interviews with those closest to Campbell including  his designers, crew members, family and close friends. In the production of the book and the DVD de Lara enjoyed the full support of the Campbell family  with regard to candid information, photographs and unparalleled access to the inner workings of the rich Campbell legacy. He also obtained the support  of Longines’ official timers of the Campbell records. “The unobtainable – A story of blue”, was published this year in celebration of Donald Campbell's Double Record established in 1964. The writing is first rate and the photographs alone are worth the price of admission. Any self-respecting land speed or water speed enthusiast needs this book in their collection.

As readers of this website are primarily engine enthusiasts, we can tell you that the book has little to offer in that regard, but one can glean some interesting observations of the remarkable engines that powered the record setting Bluebirds. There are good engine and technical photos of each Bluebird making the book well worth the price for hardcore enthusiasts.