The Dawn of Pro Stock 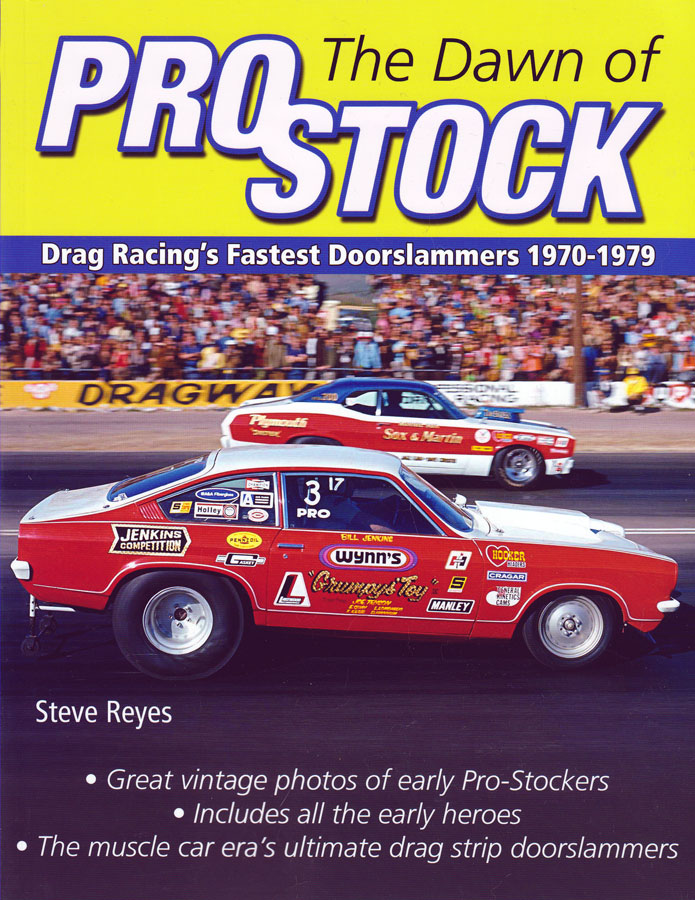 As spawned in the early seventies, the Pro Stock class  introduced a powerful new force in drag racing. Evolving from the popularity of Super Stock class racing, Pro Stock quickly became a fan favorite. Drag racing fans came to see the Funny Cars, but hardcore racing fans were clearly there to see the Pro Stock cars with hero drivers slamming gears behind screaming naturally aspirated factory based engines not that far removed from local dealer showrooms. Pro Stock has changed dramatically over the years, but the early period gave drag racing fans all gear bangin' glory they could possibly ask for with 'Cudas, Mustangs, Camaros, Mavericks, and Vegas going at it hot and heavy on the nation's drag strips every weekend.

These mostly stock-bodied cars resembled what many fans longed for in their own street cars. But over time, the original genre of Pro Stock morphed into a completely different animal driven largely by corporate sponsorships and a wholesale switch to tube frame chassis and larger engines.  This drove a wedge between fans and the sanctioning bodies where fan support stemmed from the relative stock appearance of the cars.Today's cookie cutter version pales in comparison to the pioneers who had to bring it on their own merit and the sharpest builder and most talented drivers rose to the top much like the legendary Gasser heros of the sixties.

The Dawn of Pro Stock by Steve Reyes is a welcome refresher course on those early years, when fans could really connect with the cars, and brand rivalries were intense.  Drag racing photographer Steve Reyes was trackside at virtually all of the major NHRA events from the mid 1960s through the late 1990s, photographically documenting  the evolution of Pro Stock cars and the hero drivers who crafted racing legends with 4-speeds and Lenco transmissions.   Reyes has gathered the best shots of his lengthy career, supplementing them with great images from his contemporaries to provide this special look at the dawn and evolution of a racing class that became as popular as Funny Cars and spawned numerous spinoffs in Pro Mod style competition.  Steve's personal commentary explains the many outstanding images and provides readers with a wholly unique perspective on the developmental years of one of the most favored classes in drag racing.

Every hardcore drag racng fan should have this book on the shelf for the photos alone. Reyes commentary helps carry the flavor of the day and the only flaw is seen in a few accidental misspellings of several well know drivers. That aside, the book is a wonderful photographic interpretation by one of the nation's greatest drag racing photographers and a testament to the original intent of Pro Stock racing with true factory based cars.

Steve Reyes is the author of previous CarTech drag racing photo books Fuel Altereds Forever, Funny Car Fever and Quarter-Mile Chaos. He is one of the most noteworthy and respected drag racing photographers in history. Reyes is also recognized for his outstanding photography skills in other sports coverage as well, especially for his work covering NHL hockey. From the 1960s-1990s, he was the staff photographer for Popular Hot Rodding magazine and published both new and vintage imagery in every issue. He has also shot and written car features for Super Chevy and Street Rodder magazine, along with a wide range of motorcycle and chopper magazine features.