Hot rodders and hardcore engine guys have a propensity to fixate on what they love and it’s often surprising how narrowly focused they become. Some might acknowledge a fleeting interest in pre-war motor racing activities, but few accept any notion that some form of hot rodding transpired prior to the close of World War II. Everybody knows that hot rodding began with high-spirited GI’s returning from the war and that’s that; right? 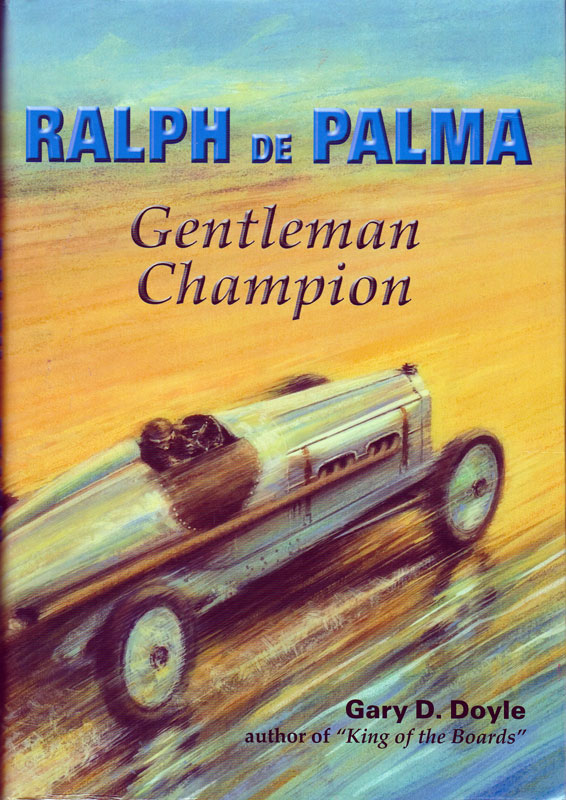 But what else are we really to call it when aspiring young racers and independent little shops sprang up right after the turn of the century building and modifying cars and engines for greater performance and racing supremacy. Can anyone really deny that these early pioneers were anything less than genuine turn of the century hot rodders? Not likely, and that’s why it’s important for us to study and acknowledge the remarkable record of racers and car builders that characterized what many call the Golden Age of American Racing. Many of these pioneers moved up quickly, establishing themselves as prominent professional and semi-professional racers across the nation and in some cases internationally. 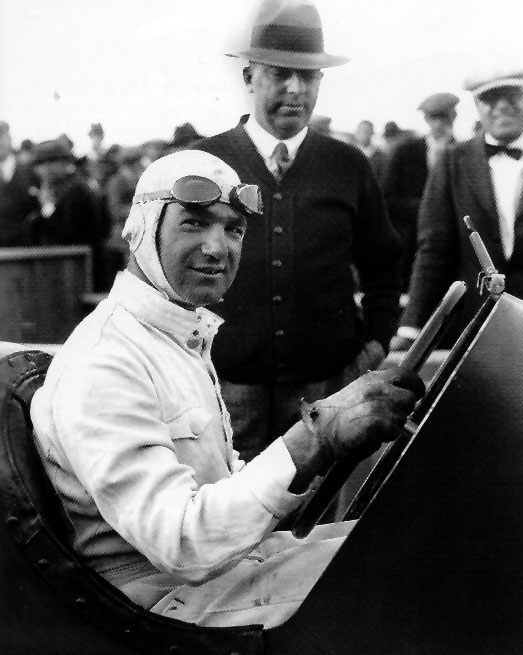 Back in the day thundering warriors in massive iron chariots battled relentlessly for a tantalizing taste of glory on the gritty dirt tracks and board tracks of America. Colorful heroes flourished during this period; among them the gentleman champion Ralph De Palma. An immigrant Italian, De Palma achieved international stature racing in America and on the European continent. It’s been said that he won more races than any other racer in history; becoming motor racing’s first real ambassador and an international role model for young Italians everywhere. His remarkable career spanned nearly three decades with spectacular success, yet like many others he lost most of his savings during the great depression and spent the rest of his life working less glamorous jobs for a living. 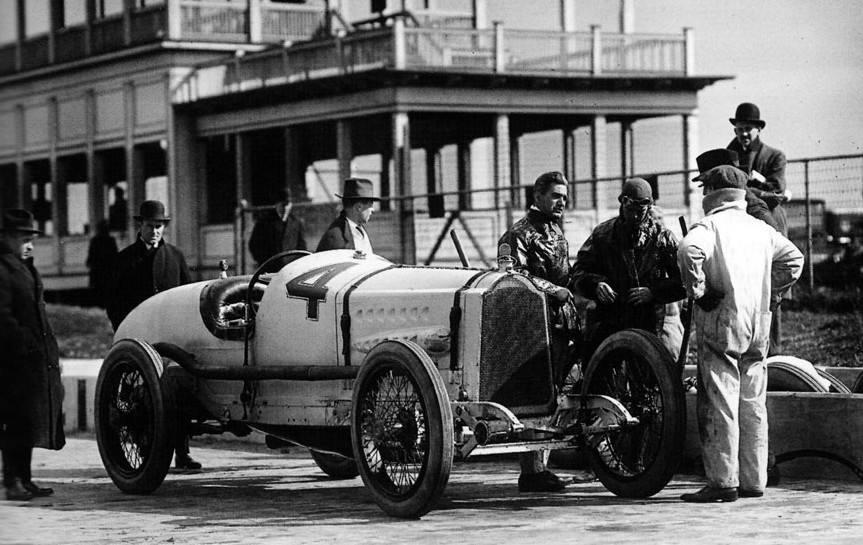 Automotive historian Gary Doyle specializes in researching and writing about iconic early racing heroes. Ralph De Palma is all that and more and Doyle presents the extraordinary facts of his life and times in a wonderfully sensitive narrative that reveals the depth of De Palma’s character immersed within a broader chronicle of the early American racing scene. De Palma raced hard and often against other celebrated competitors such as Barney Oldfield, Bob Burman and many others. More often than not he was the class of the field and all the while he strived to present himself in the most polished manner possible. His uniform and his crew’s uniforms were always spotlessly clean, ascribing an air of professionalism that served them well. He was a refined elegant gentleman who traveled often to Europe to compete against their best drivers.

The depth and near pageantry of his brilliant racing career appear endless and one is struck by his tenacity. Small in stature at five foot seven inches, he lived a larger than life existence that included operating several businesses and working for a number of major companies as a pilot, engineer or marketing representative. He set multiple land speed records in a Packard powered car and while they were not officially recognized by the world governing body in Europe due to a technicality, they were nonetheless considerably faster than existing records. De Palma possessed the unique ability to persuade wealthy donors to sponsor his racing efforts and he was able to successfully merge his work and racing career to complement each other. He also enjoyed considerable influence among celebrities of the day such as Teddy Roosevelt and Douglas Fairbanks. 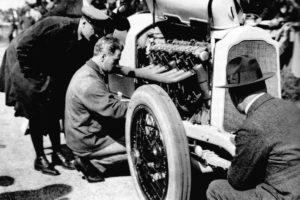 While De Palma is broadly characterized as the gentleman champion, Doyle’s exhaustive research reveals a depth and dignity punctuated by occasional flaws that bring the man’s character and humanity to life with the roar of engines and the smell of exhaust. Why would readers of hotrodenginetech.com be interested in this book?  Well, partly because De Palma’s life represents a very early representation of how to fund and run a successful racing operation. De Palma pioneered many of those unique characteristics that would easily allow him to land a multi-million dollar corporate sponsorship in today’s motor sports environment. There are few engine related details here for hardcore engine lovers, but it’s notable that some of the best classic racing engines powered De Palma’s race cars.  While first and foremost a gentleman racer, De Palma did not shy away from his mechanical duties and there are compelling photographs of him working on his own engines much like any hot rodder today. The gritty flavor of America’s early racing scene is well represented in Doyle’s timeless piece and readers for decades to come will enjoy and revel in his account of De Palma’s larger than life racing career. In a sad turn of circumstance De Palma like many other early racers lived an impoverished life in his waning days, but his record of achievement remains as fitting testament to a man so loved and a racer so admired.

Another great publication from Racermaker Press, Doyle’s excellent book is lavishly illustrated with over 300 wonderful period photographs from multiple private collections. And it is further punctuated by the spectacular full color racing artwork of Peter Helck and Peter Hearsey, two of the most celebrated automotive historical artists. If you’ve never been inclined to read a racing history book, Doyle’s book will change your mind and De Palma’s story will change your attitude.