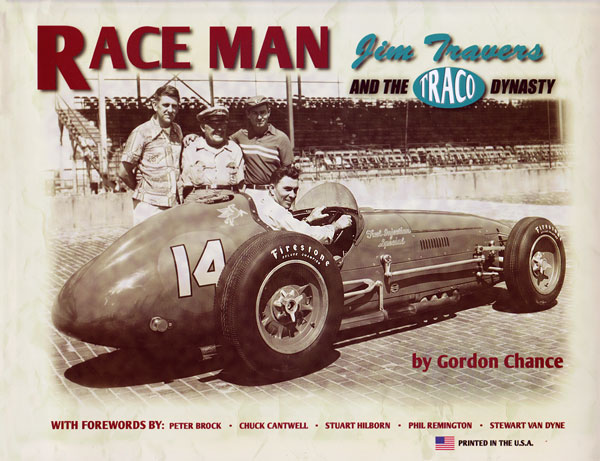 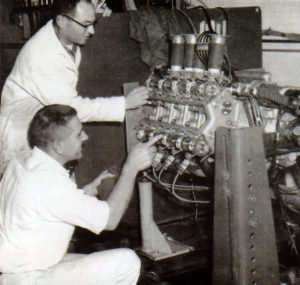 Anyone familiar with postwar racing activity in America will recognize Jim Travers as the “TRA” half of TRACO−the largest, most prolific and respected race engine supplier to elite competitors of the USRRC, Trans Am, Can Am, Formula 5000 series, Pikes Peak and other racing series throughout the sixties and seventies.  The “CO” in TRACO belongs to Travers’ partner Frank Coon, a gifted mechanic and energetic partner who along with Jim rode an unprecedented tidal wave of engine building success that dominated American racing circles for three decades.

It’s clear from the outset that this book is a personal statement from author Gordon Chance who previously worked for Travers and clearly holds enormous respect for the man.  It’s a racer’s book through and through; conversational, rich with bench racing vernacular and fully flavored with an insider’s viewpoint. Gordon  Chance was there living the unfolding story and he pretty much remembers all of it. 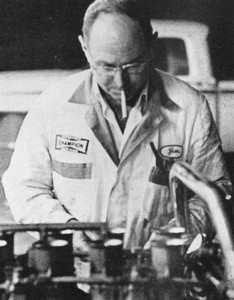 While the story is Travers’ biography, it’s also Gordon’s personal commentary on the life and times of Travers and Coon and how he and others helped color the picture. A revealing portrait of the southern California car culture and the national racing scene also emerges as Gordon’s easy going narrative flows effortlessly from one event to the next. Gordon also makes use of brief sidebars to describe technical subjects and it becomes clear that his depth of knowledge about the technical side of race engine building is boundless.

With clear fondness for his friend, Gordon relates Travers’ remarkable story from early youth when his father left and his mother remarried a successful businessman who moved them to southern California. Here he bloomed quickly and who wouldn’t what with the likes of high risers like Stu Hilborn and Frank Coon for high school pals. After military service he was fortunate enough to go racing at Indianapolis with Frank Kurtis, Howard Keck and two time Indy 500 winner Billy Vukovich. The team raced for nine years and dominated the brickyard in 1953 and 1954 before Vuky was tragically killed. By 1956 Travers was well established with the Indy crowd and he teamed with his old friend Frank Coon to form TRACO, a pure race engine building facility that quickly rose to the highest level of participation in many different forms of racing. 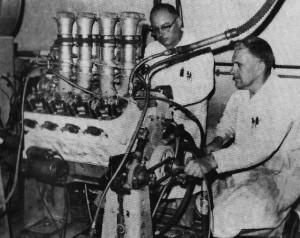 Travers had also helped Hilborn develop and refine the original Hilborn/Travers fuel injection and Stu Hilborn still refers to Travers as one of his best friends. There are many fascinating stories like this within the book and Gordon proves he is more than capable of relating antidotes and brief character studies of the many colorful characters that populated the racing community in those days. He also describes some trepidation at writing the book, wondering if he was up to the task, but determined to honor his friend Jim Travers. Clearly he is and his refreshing style is perfect for the type of readers who will enjoy this book. He reveals all the colorful nicknames, pulls no punches and intimately reveals all the shop mysteries, quarrels, high-jinx and general mischief that punctuated the TRACO years. He also reveals a special reverence for some of the shop’s customers, particularly Mark Donohue and Bruce McLaren. 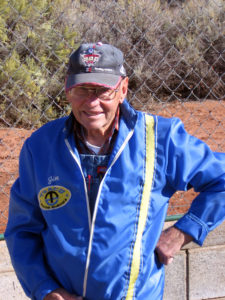 A clear indication of Gordon’s loyalty is seen in the considerable effort he exerted to pin Travers down long enough to get the story straight. Travers had retired to Arizona, living far off the beaten path and not often given to bench racing or reminiscin’ at his age. Still Gordon pursued his task with vigor urging his old friend to expound at length on the glory days that ultimately led to Travers and Coon being co-inducted into the Indianapolis Hall of Fame in 2010. A virtual who’s who of racing personalities stepped forward to pen brief forewords for the book; each revealing personal insights that reveal a colorful past.

Sprinkled within the narrative and wonderful period photos are revealing glimpses of Gordon’s personal story as a TRACO employee who started his own career at the age of seventeen tuning Weber carburetors for Maserati of Beverly Hills. After helping his friend Max Kelly build a type 61 Birdcage Maserati for Bill Krause, Gordon went to work tuning Ferraris for Bill Harrah and then reunited with Kelly to design and construct a Chrysler Hemi powered sports racer for John Mecoms’ racing operation . Here he met Jim Travers and formed a lifelong friendship that found him working for TRACO from 1965 through 1968 with a brief time out to serve as a mechanic on Carroll Shelby’s GT-40 program. 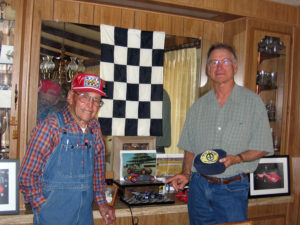 While not often moved to elaborate at length about any particular book, this reviewer has felt an overwhelming compulsion to recommend this book at the highest level.  Without ever meeting Gordon Chance I was moved to the point that I felt as if I was sitting on a couch in Gordon’s house and he was personally telling me stories from his racing days; swear words, shenanigans, and all the rest.  It made me feel as if I knew Jim Travers pretty well and wished that I had been there as a participant in his story.
Come to think of it I kinda feel the same way about Gordon. Nice work! −JB