Noted automotive historian Robert J. Neal brings a wealth of knowledge to this meticulously researched examination of Packard’s engine building proficiency. A follow on work to Packards at Speed in which Neal chronicled the significance of Packards’ contribution to early motorsports activities, 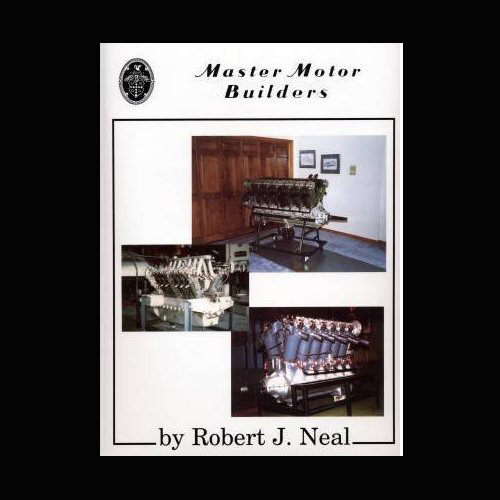 Master Motor Builders delves deeper into the archives to reveal the depth of Packards’ engineering genius and the personalities that drove it to excellence. Neal’s passion for the subject makes it much more than a basic regurgitation of documented facts. He digs deeper into the story, revealing the fervent personalities that drove Packard’s rise to the pinnacle of engine design and construction expertise. 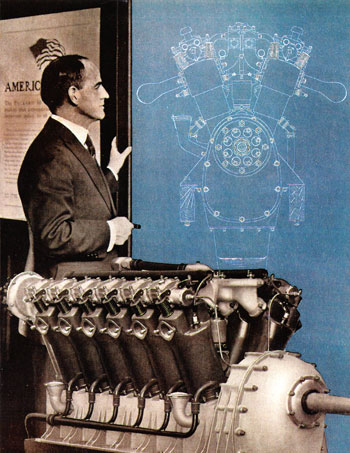 For present day engine buffs it provides essential historical perspective to match the technical revelation of Packard’s extraordinary engine design philosophy. Neal covers more than 140 engine models in his enthusiastic pursuit of the Packard power source. While the book deals almost exclusively with Packard’s non automotive engines, it remains a compulsory read for those of us with a passion for internal combustion engines. Neal connects the dots in chronological order with thorough attention to design connections and revisions between engines based on their specific period and application.

The book is packed with large detail-rich original photographs that reveal the inner workings of the powerful Packard monsters that set the performance standard in aero and marine racing. Of particular note are the detailed descriptions of design changes and modifications to suit changing requirements.  In this regard Neal not only details the engines, but the applications they were applied to and the design requirements necessary to make them competitive and often dominant, particularly in the marine racing environment.

Master Motor Builders tells the full story, including the commercial and military uses of various Packard engines. All aspects of Packard engine design and production are covered including the strong financial impact contributed by non-automotive engines. Neal also devotes an entire chapter to biographies of significant Packard engineers who spearheaded the development of these truly amazing engines.  He provides the reader with a riveting glimpse into the world of early twentieth century engine research and design, unveiling the early development of concepts now considered commonplace.  While Packard is largely forgotten among present day engine enthusiasts, it is one of the most important forerunners of engine building standards we hold sacred today.  Kudos to R. J. Neal for preserving the record and reminding us how brilliant our grandfathers were back in the day.