How to Build Max-Performance Pontiac V-8s 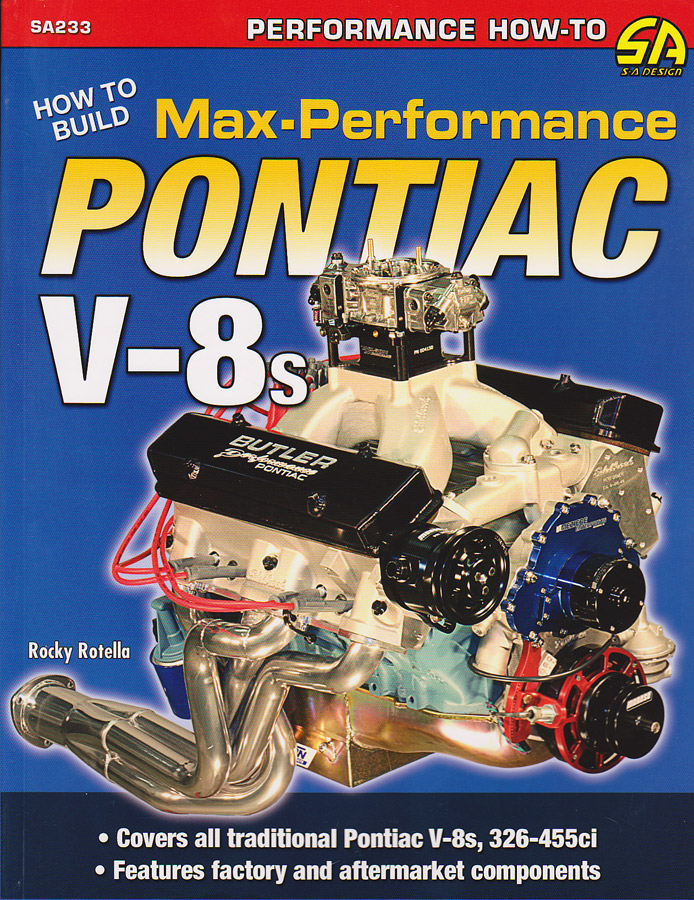 This was a difficult review to write because the book is really a follow up to CarTech’s  first How to Build Max Power Pontiac V-8s originally penned by acknowledged Pontiac engine expert Jim Hand nearly a decade ago. While some may find something to criticize here, it is really an apples to oranges comparison and perhaps should be no comparison at all. Jim Hand is widely known and respected and rarely a target of the rabid desktop commentators infesting internet forums with grandiose claims of phenomenal power, back road victories and total dominance at small dragstrips no one has ever heard of. So his achievements and his opinions are respected and valued among true Pontiac enthusiasts capable of sharing, admiring and complementing everyone’s efforts. 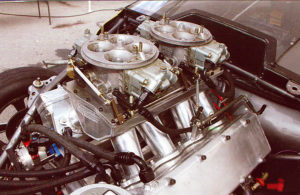 Enter author Rocky Rotella who gets tagged to do the update because Hand is now retired and not really up to doing a revision. That’s a difficult position for any author and to be fair, Rotella is no newcomer to the table with more than a hundred articles penned for Pontiac High Performance Magazine and multiple restorations and rebuilds to back him up. 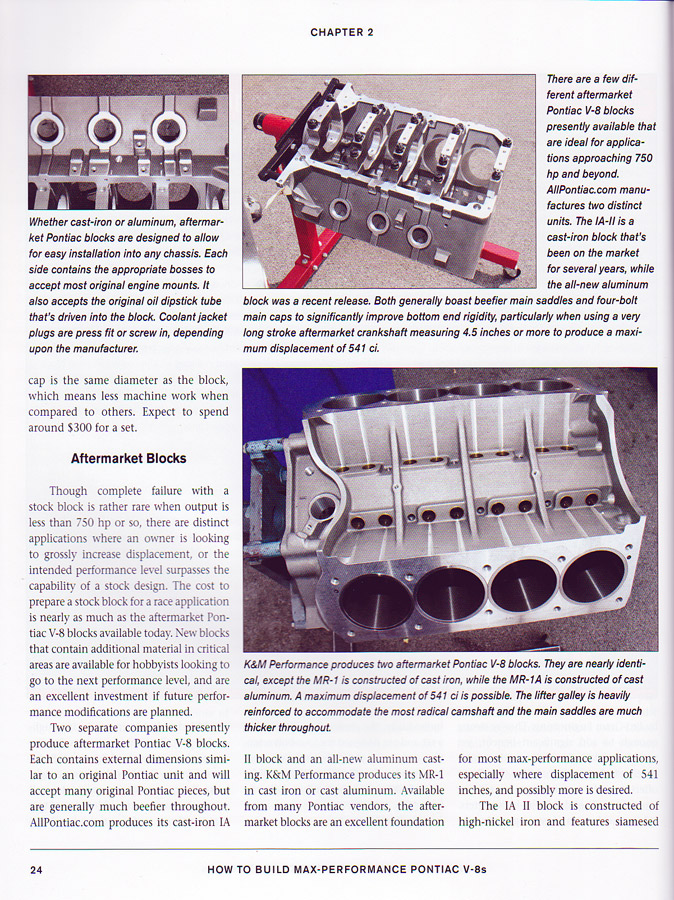 Pontiac guys and owners of other discarded GM brands tend to forget that they do not occupy the same orbit as mainstream enthusiasts, particularly with engines nearly forty years out of production. Guys like Hand have done the hard research before all the neat new shiny stuff was available and passed it on to everyone, some of whom now regurgitate it as though they discovered it themselves. That’s why entry level and experienced Pontiac guys really need to have both books; the original for its broad technical insight and Rocky’s new book detailing all the modern updates and paths to power that have emerged as the aftermarket industry matured and recognized the need to supply cool parts for these earlier engines that are far from obsolete. 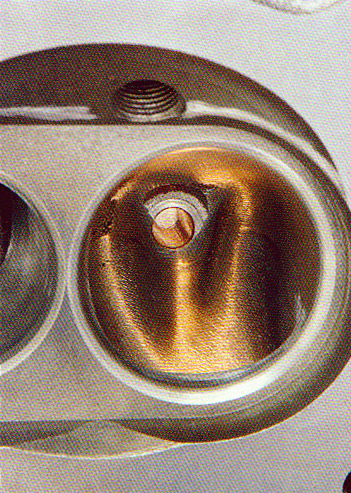 So view this book as a nicely done follow up. If you’re one of those rabid desktop commandos, please resist the temptation to trash it because it is so much better than most of you could deliver if asked. And you weren’t. That’s why you’re still hiding behind your monitor criticizing everything and contributing very little.

Rocky’s photography is first rate with clear sharp photos of much of the latest and greatest in Pontiac performance. The book follows the standard engine book design, working its way through the engine starting with the block, crank and rods, pistons and all the components used to build a complete engine. Rocky does a good job of describing current Pontiac V8 hardware and how to apply it. There’s not as much science or theory as in the first book, but there’s no reason to include it since the book is an evolutionary follow up. In our view the author does a credible job of showing you where to go next if you’ve absorbed all the tech from the first book and are ready to pick and sling some hardware for your first build. 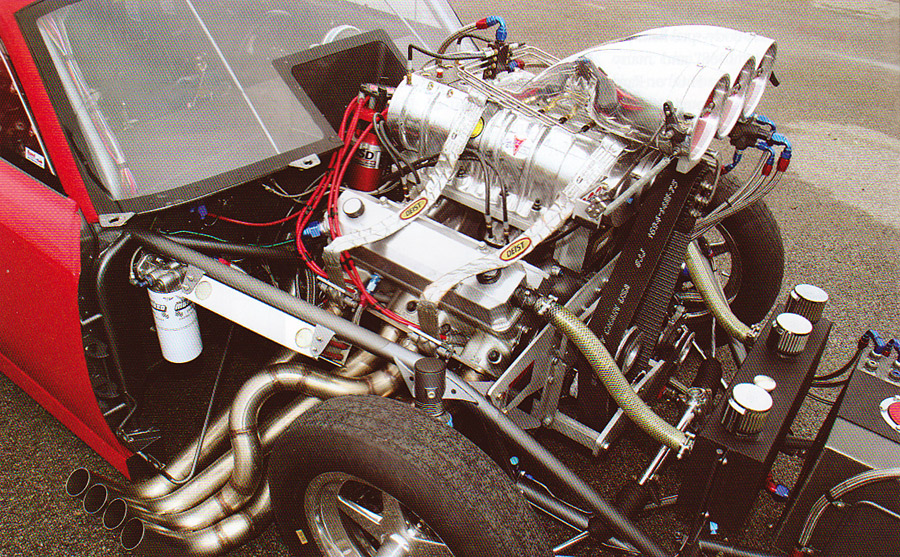 We review a lot of engine tech books and find this iteration of CarTech's max power Pontiac book an informative look at what's currently out there in the world of high performance Pontiac hardware. And it provides the reader with six great sample engine builds from four top Pontiac engines builders. These builds range from 500 HP to 1200 HP and include hardware that many Pontiac builders may not be aware of or be able to afford, but it never hurts to get the rundown on the full spectrum of Pontiac performance. You could do a lot worse by reading internet forums and taking the word of someone who can't even provide a picture. CarTech sent us this book for review. We like it and we're not giving it back.  -JB