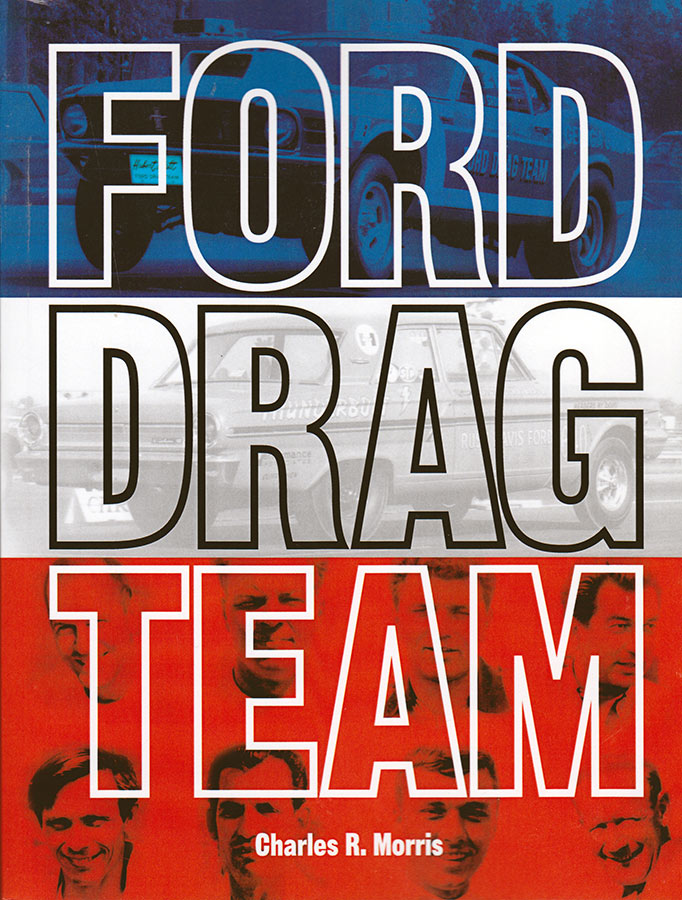 Charlie Morris is quite the prolific drag racing author and his book on the Ford Drag Team brings to light all the amazing details of Ford's deep drag racing involvement in the sixties. In this thoroughly researched 200 page book, Morris details the racing exploits of Ford racing legends such as Gas Ronda, Les Ritchy, Dick Brannan, Mickey Thompson, Butch Leal, Phil Bonner, Tommy Grove, Al Joniec and many more.

One of the most important aspects of this book is that it highlights the achievements of racers who actually worked with Ford products the way they were manufactured.  The cars were modified for performance in the Super Stock, Modified, A/FX and Pro Stock classes before there were many tube chassis cars, Lenco transmissions and all the high falutin' hardware common to late model racers. These racers were still bangin' four speed transmissions in Galaxies, Fairlanes, Mavericks, Mustangs and the core of Ford's performance offerings in the sixties. 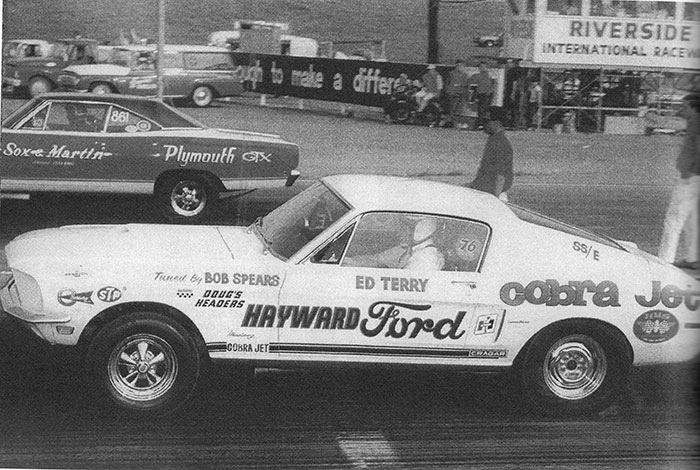 These were the racers that elevated Ford performance to new heights. Morris conducted lengthy one-on-one interviews with each racer and dug deep for the compelling stories that drove the drag racing scene based on powerful Ford musclecars. Each of them have great stories to tell and Morris gives them plenty of space to reminisce. To support the in-depth interviews Morris dug deep for rare photos, factory documents and letters, race reports and statistics along with good descriptions of the cars.

An accomplished drag racer himself, Morris knows his way around the sport and he asks the right questions to elicit detailed responses and recollections that even the racers had almost forgotten about. The racing photos alone are worth the price of admission as they show the progression of power and success the Ford's achieved during one of drag racing's most hotly contested eras.

If you ever watched these racers run back in the day, this book will take you back in words and pictures that bring it back to life again. This detailed account of one of the grand eras of Ford Performance is a must read for enthusiasts who revel in all things Ford.