Our Australian friend Alan Griffith definitely has the supercar gene in his DNA. We're impressed and jealous because his swap idea is like way cooler than say, you're average LS/Camaro swap or or lots of  others that have become common these days. An LS into a Nissan 300ZX has been one of our in-house fantasies for a long time. First of all, they are way cool cars with great supercar styling and pretty competent underpinnings for hot lapping in whatever venue you prefer. The aluminum LS engine is a perfect choice for swapping because of its light weight and great power potential. With proper tuning,  you've got a winner that will put unsuspecting challengers a long way back in the rear view mirror. 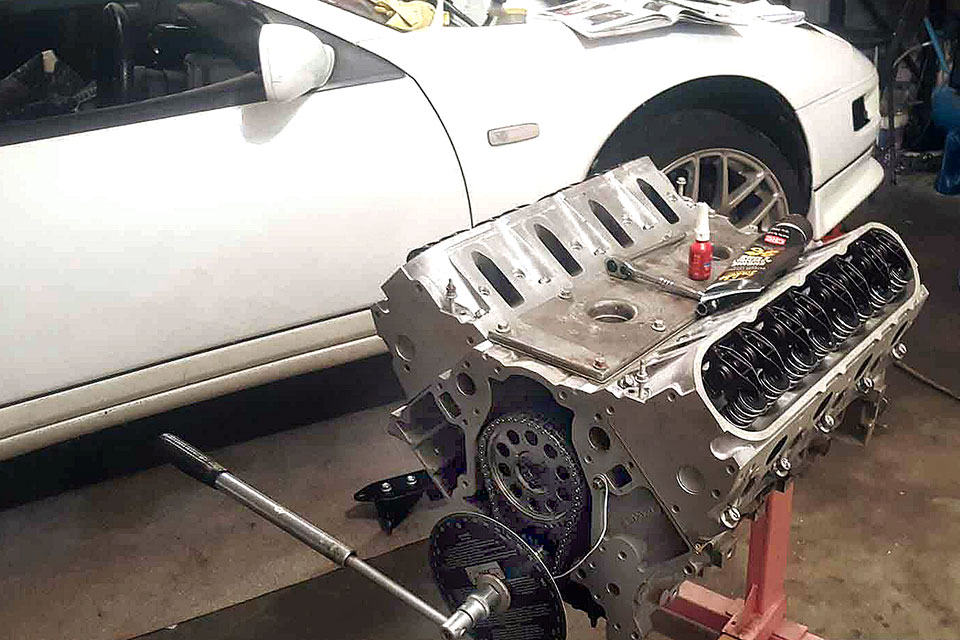 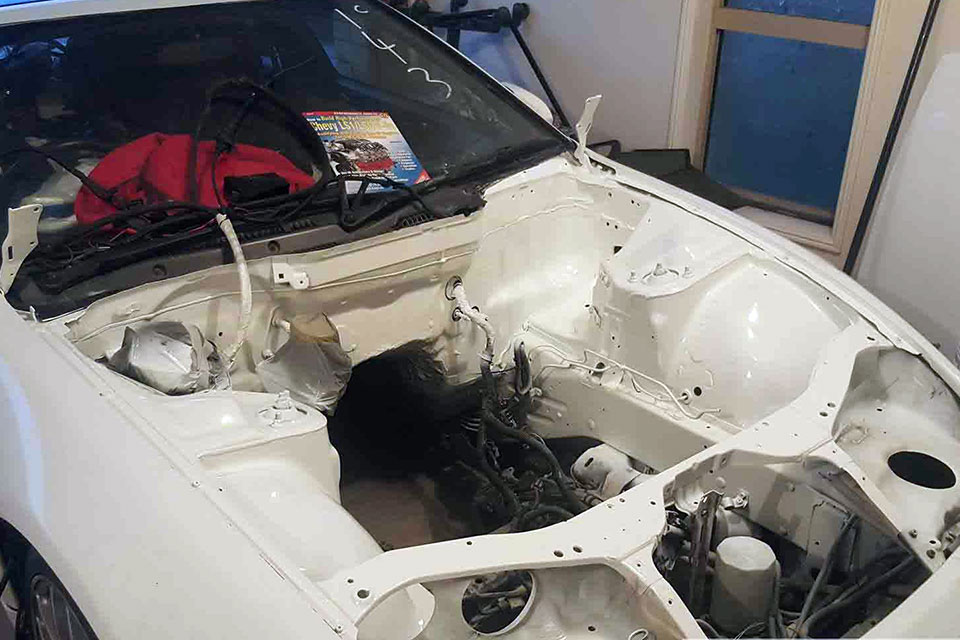 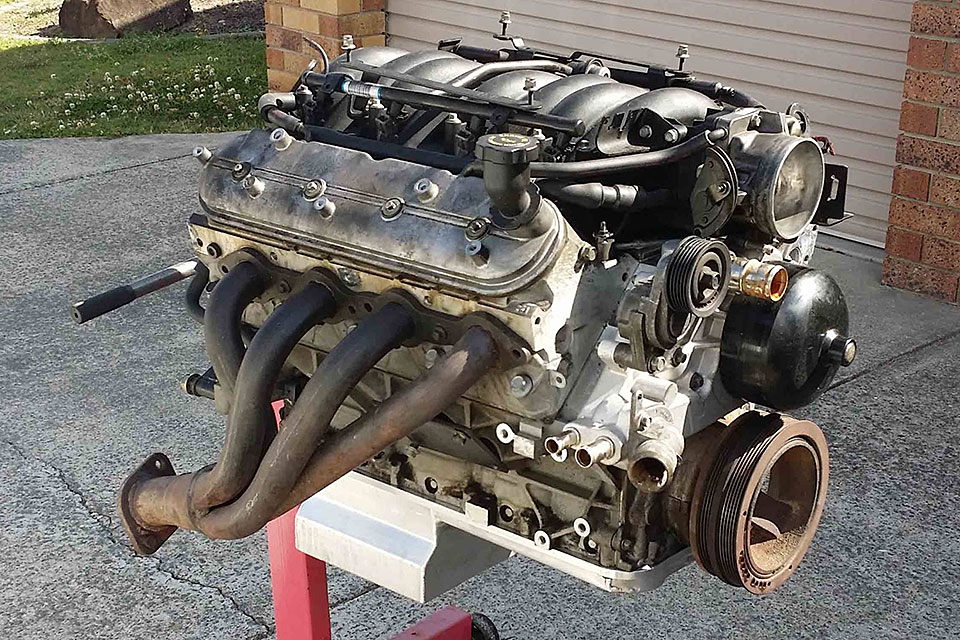 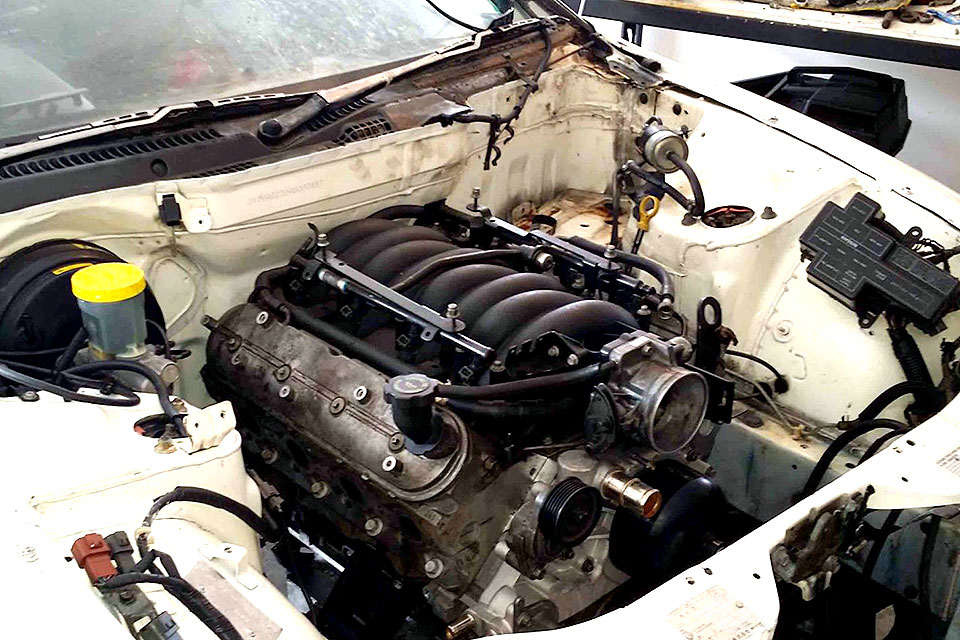 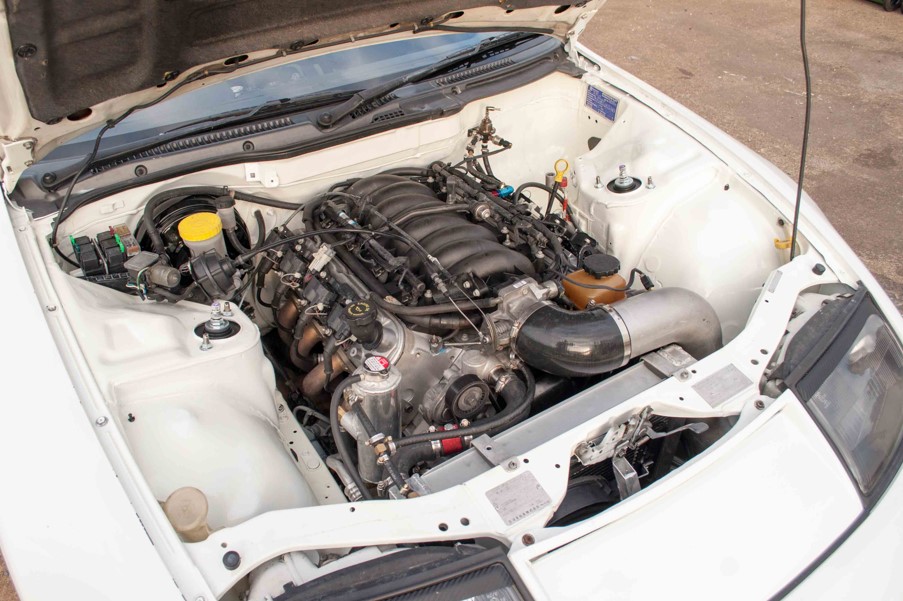 This was Alan's second version of the V8 transplant Nissan Z32 (300ZX Twin Turbo) supercar project. He started out to build a wide body car with a body kit and some personal modifications but found out he wouldn't be able to get it certified. So he switched horses and picked up the white beauty on ebay for 1500. The first car became the trial fit car where he could do all the necessary fabrication work without damaging the white car which  was in very good shape. The LS1 engine looks almost factory fresh in the engine bay of the Nissan, but it took a lot of subtle modification to make it right. Alan began this project to promote his company AutoSpark Evolution, an automotive specialty company that performs custom wiring and component installation for customers who can't do their own modifications. It's pretty clear from this that Alan doesn't deal in half measures. Even the smallest modification or detail did not escape attention in his quest to do this right. 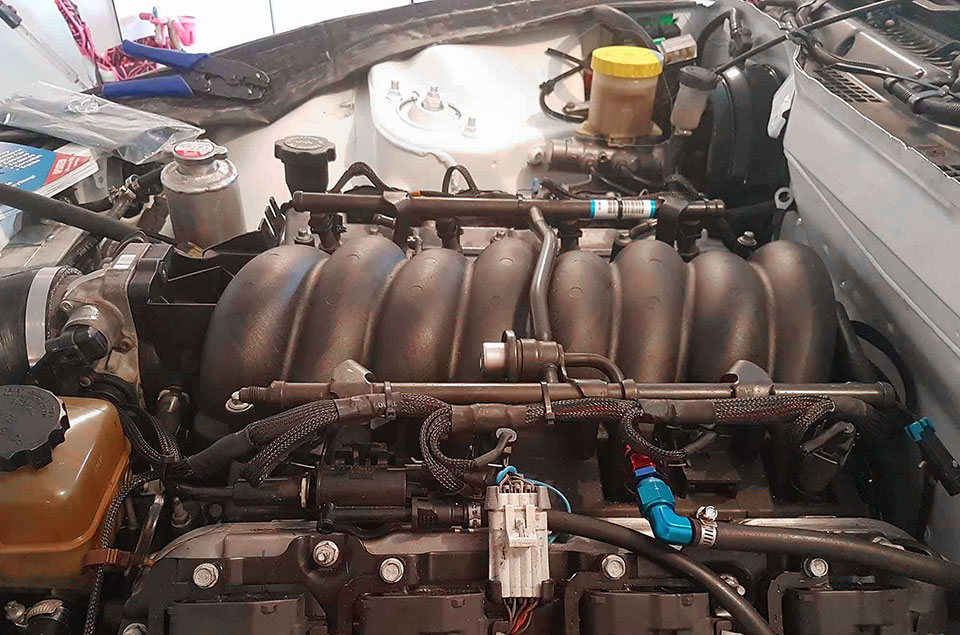 Looks almost like a factory engine bay with a hot V8. The Japanese automaker would likely not be pleased with this sort of replacement grunt for its sophisticated turbo system. 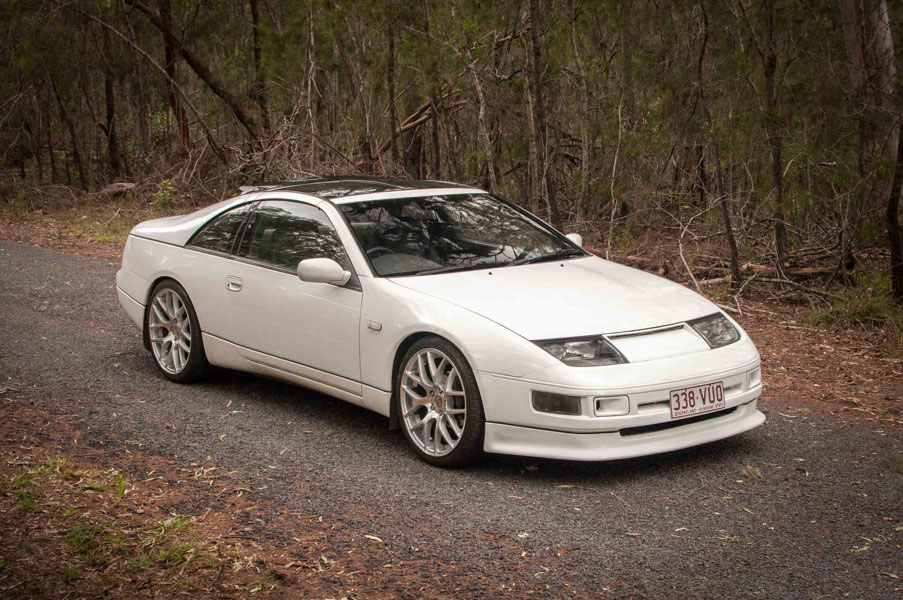 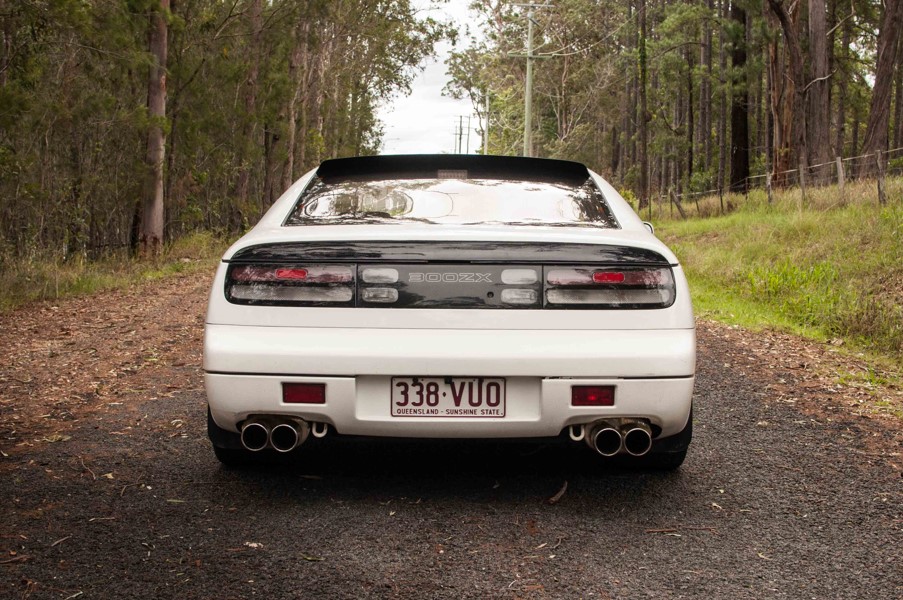 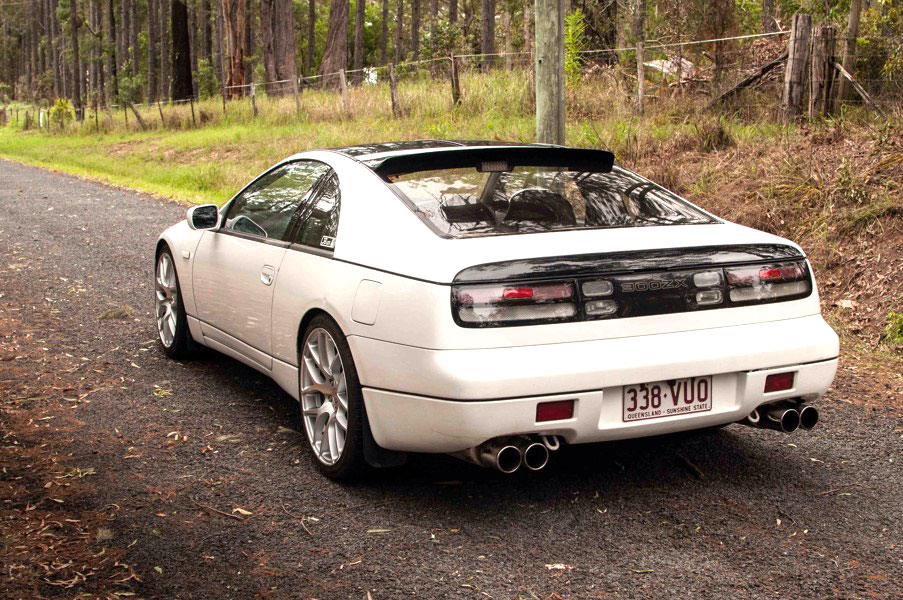 We asked Alan to elaborate on his motivation to build this car after the difficulty he encountered trying to build the custom wide body version that had to be aborted.  He was quite candid in his remarks.

"The gold car and the LS1 zed are 2 different cars. The Gold car was a wide body car I was building but it ended up getting binned after I found that I could not get it road registered.  I had gotten approval from an engineer but it turned out he was dodgy and had given me wrong information.   A lot of time and money was wasted on that car."

“I drove this car as it was for about a year and then It got a second build. The dogbox came out and was rebuilt. The engine was rebuilt with a cam upgrade and moved over to a Link G4 aftermarket ecu. The rear subframe came out and I fitted a r32gtr mechanical 2way diff. All suspension bushings were replaced with Energy Suspension bushings and I had MCA ( a local coil-over manufacture) make a set of custom coil-overs for the car. The engine bay was shaved and the battery relocated to the boot.”

"As to why I built it, (apart from being angry about the widebody kit), I needed a new challenge and wanted to learn a few new skills. I have had z32’s since 2006. This is my 3rd.    While the Twin turbo vg30 engine they come with is a brilliant engine to drive, the maintenance was high and everything was so difficult to do as they crammed a lot of engine into the bay. There is a running joke with z32 owners that changing the spark plugs is an “engine out” job.    My first few cars were v8 muscle cars and I missed the simplicity of the engines and the sound. The LS1 was the obvious choice. Affordable and simple with good power, reliable and easy to maintain. I have done all the work on this car; engine build, fabrication, painting, electrical and tuning; a pretty good representation of what Autospark can do."

"I built the car to be a multi-discipline track/toy car that I can still drive to the track. I like circuit racing, drifting, autocross and drag racing and the gearing and suspension is setup so that It will be good in all those things. I will admit however the recent run of mods have been more aimed towards a better ¼ mile time. The last time I ran, with the worn-out stock motor and normal diff, I ran a 12.2 on MT’s. I’m hoping once I have the engine dialed in the new setup will get me into the low 11’s, maybe a high 10. Perhaps the latter is a bit ambitious but you never know."

Here's a look at some of the parts and fabrication required to complete this cool LS1 swap. 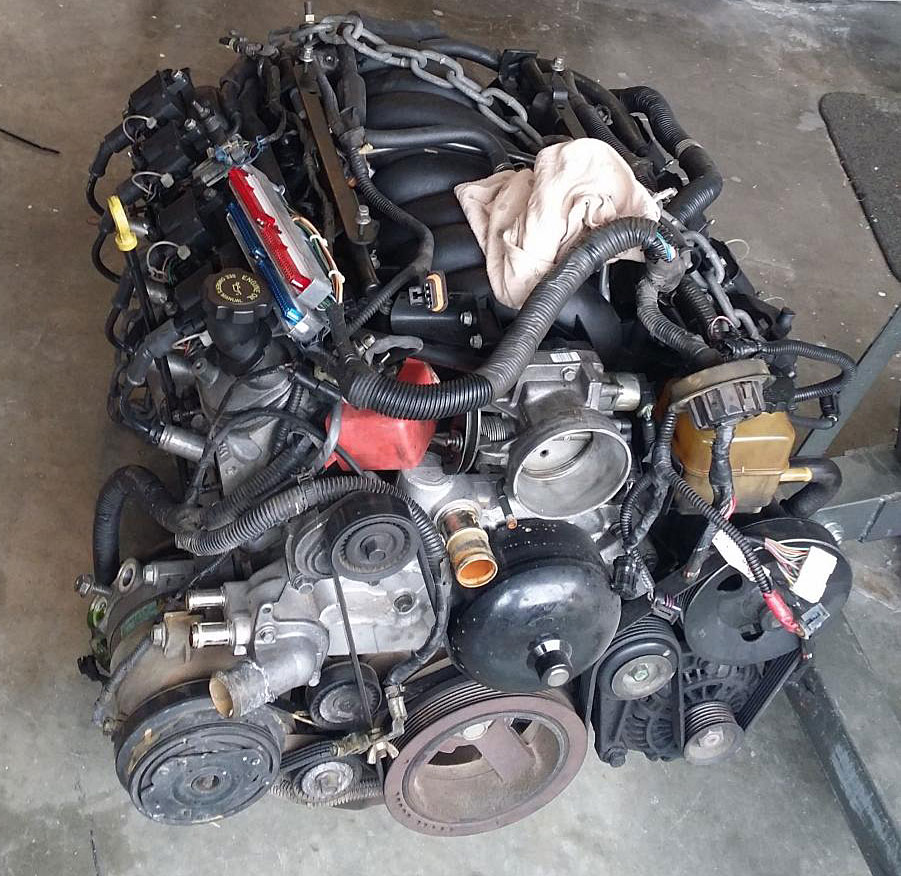 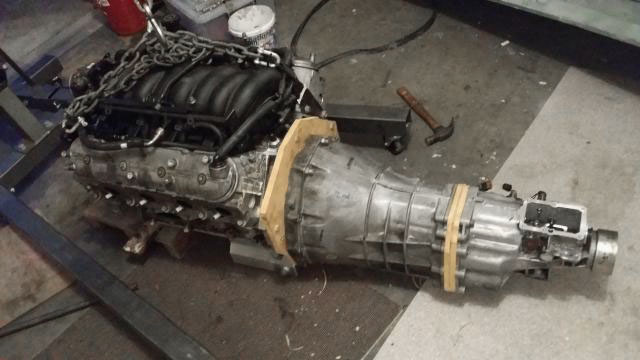 Engine and transmission mock up for fitment using temporary wooden adapter plates based on dimensions obtained for the adapter manufacturer. 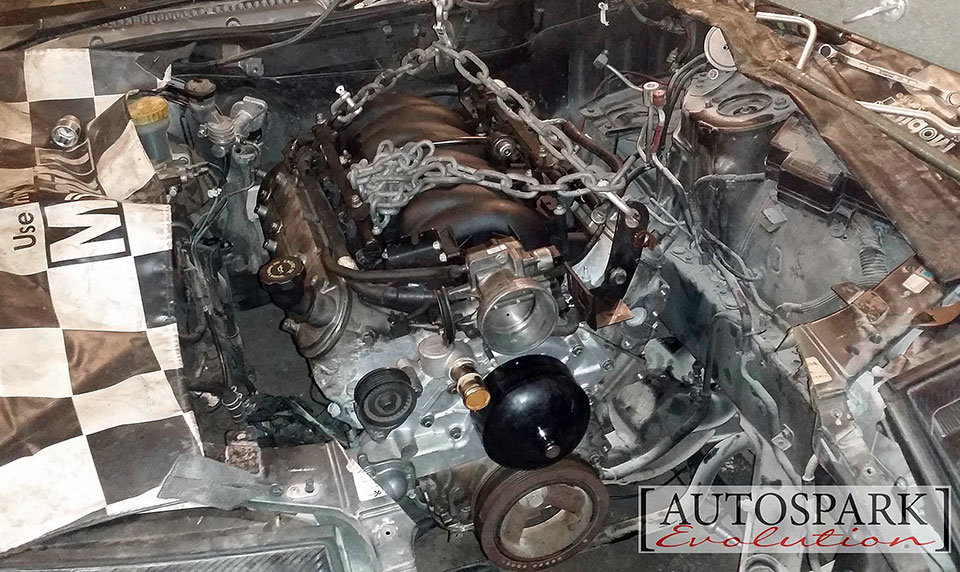 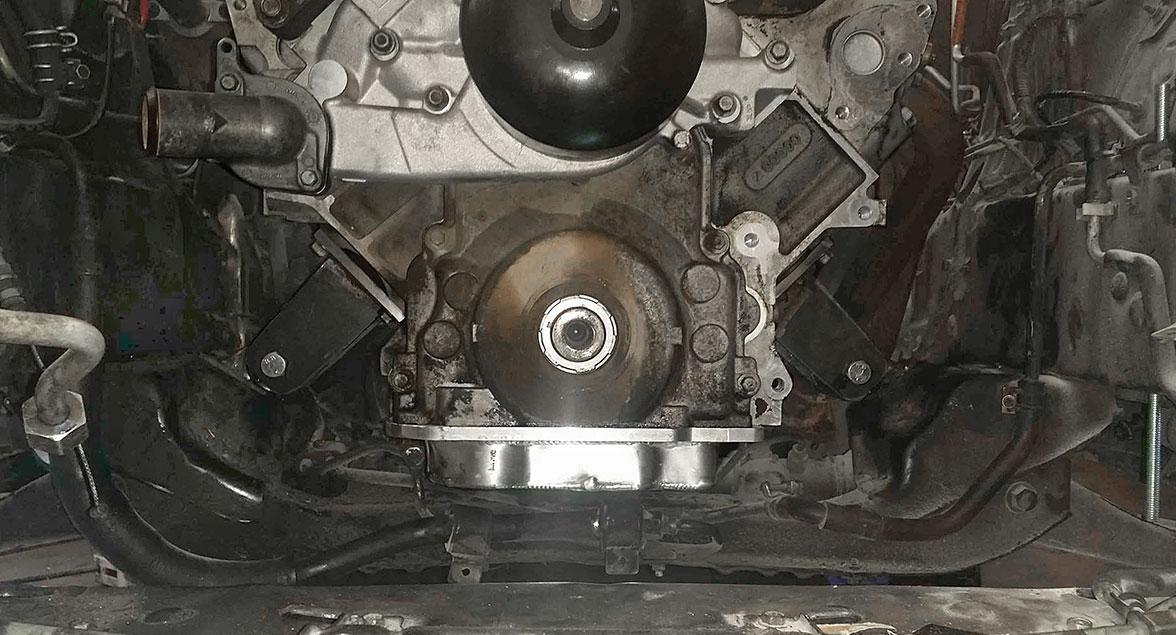 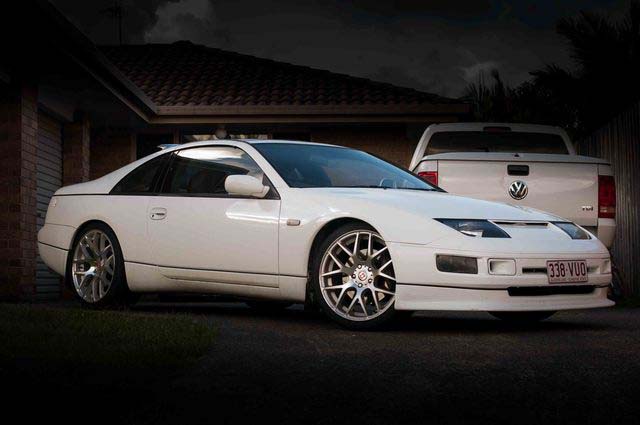 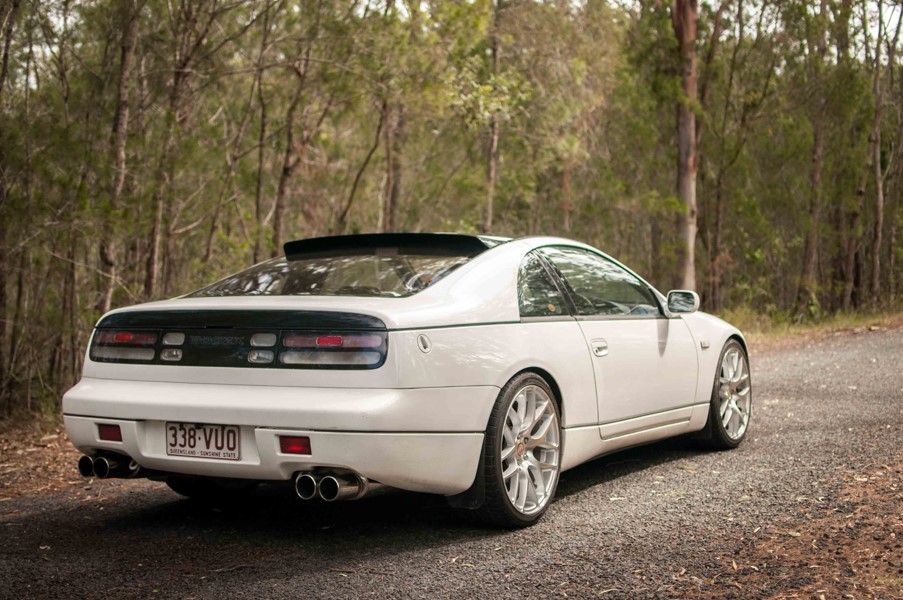