It's just about impossible to find a better looking seventies car than the  Buick Opel GT;  an elegantly streamlined sports GT that easily captured the imagination of sports car racers and drag racers alike. Ironically, drag racers gravitated toward it because of its promise of lighter weight and better aerodynamics and then proceeded to stuff big engines between the fenders with massive superchargers and tunnel ram intake with big air scoops, thus totally negating any potential aerodynamic gains. They proved to be a handful with short wheelbase handling issues, but everyone loved them and they proliferated. Today, with Modifed Eliminator having been, ah, eliminated,  Opel GT's still need love and faithful car guys who admired them as kids now dress them in Pro Street trim to create spectacular street machines that do the marque proud. Danny Pittman's beautiful '71 model is a prime example. 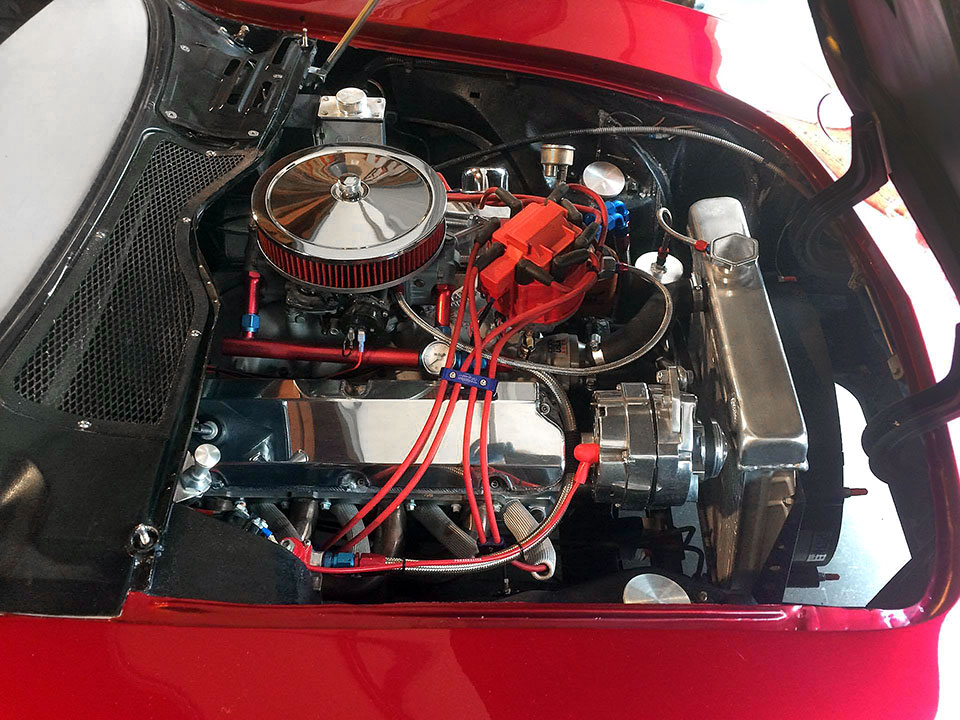 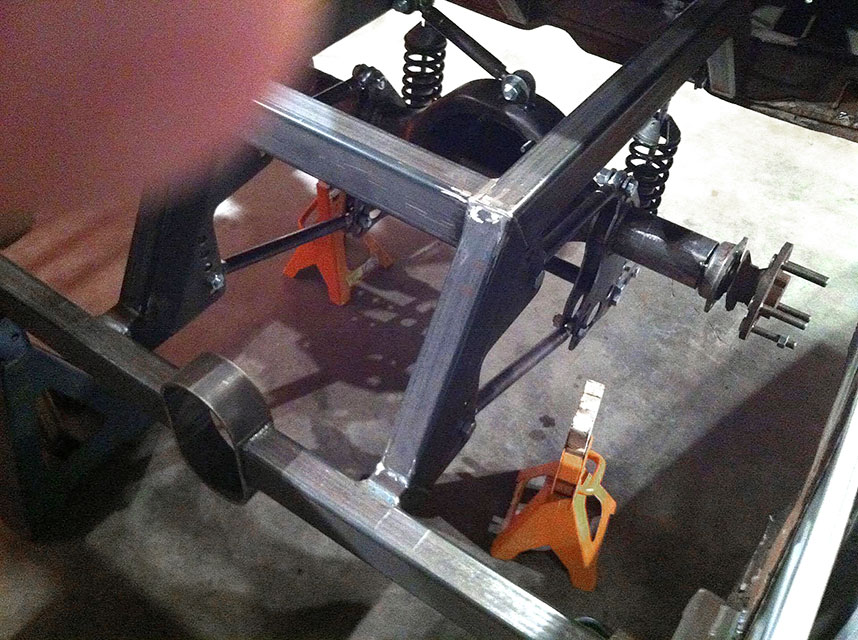 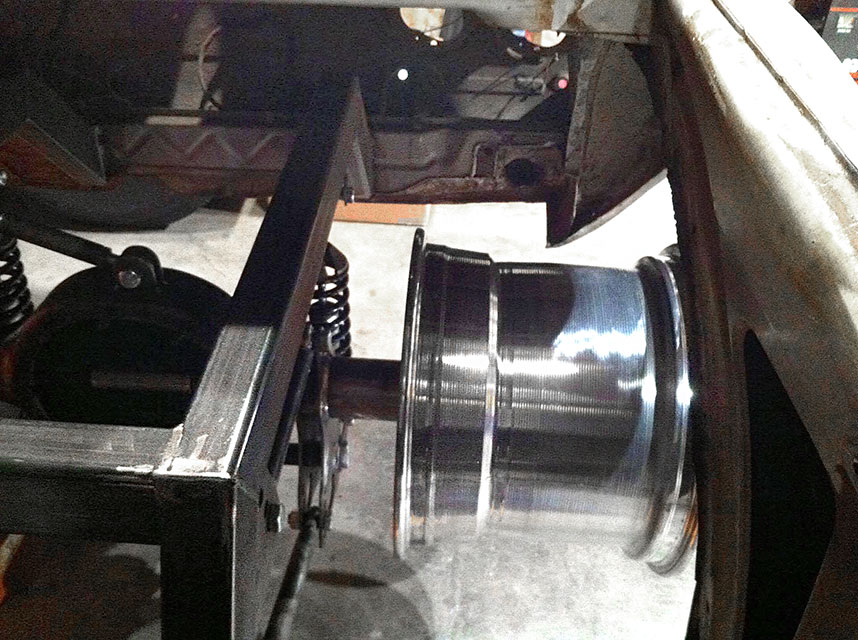 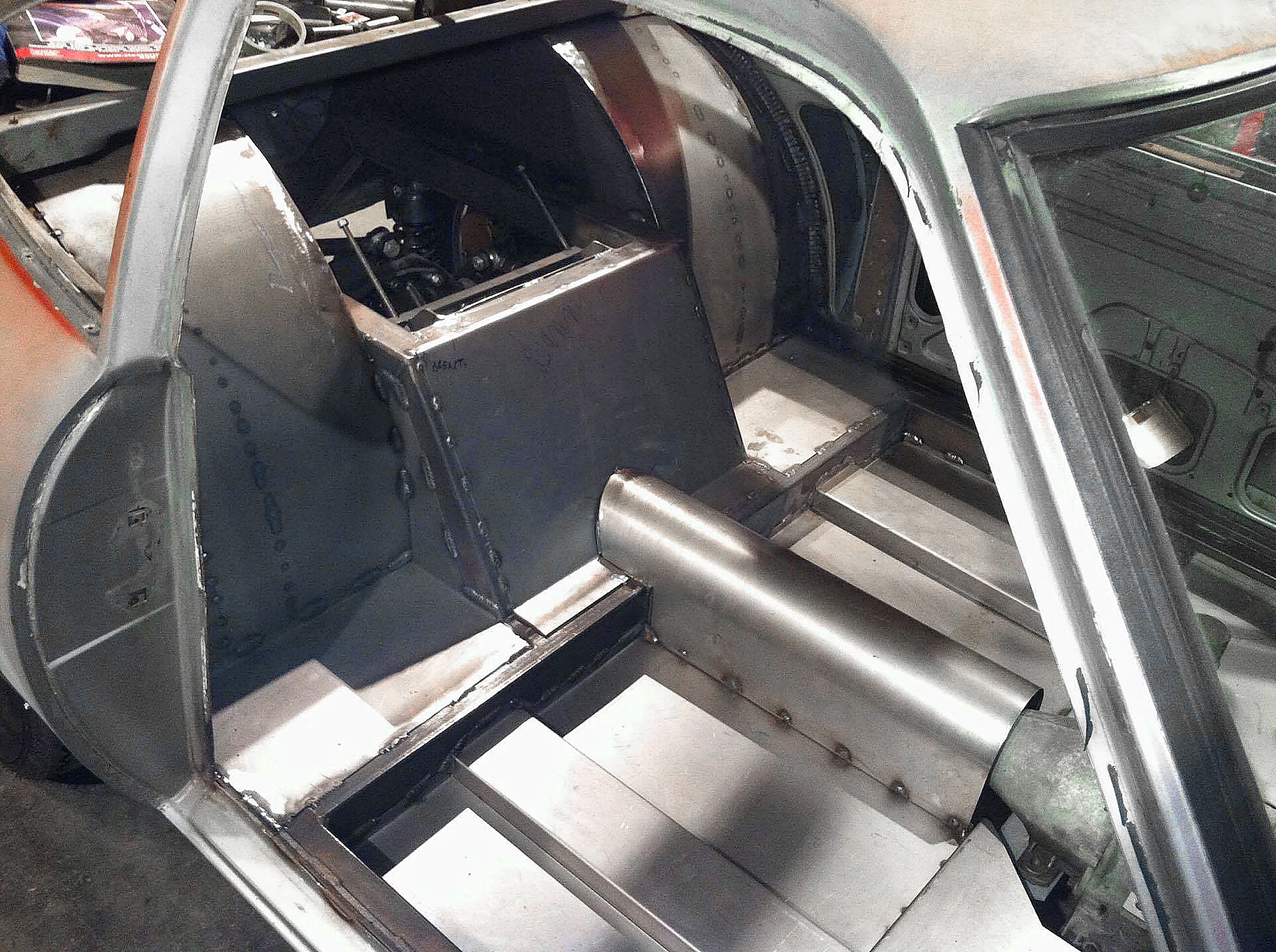 Danny built a custom 2X3-inch tubular chassis with a 4-link rear suspension for the 9-inch Ford rearend. Here you can see a mock up of the rear wheel positioning to check fitment and clearance. In true hot rodder fashion, he also did all his own tinwork for the wheel tubs and interior. 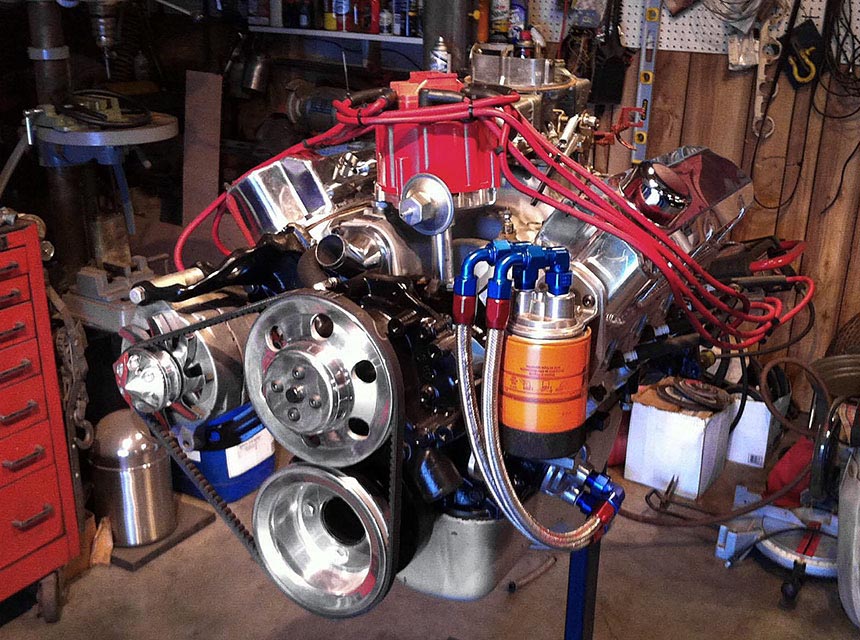 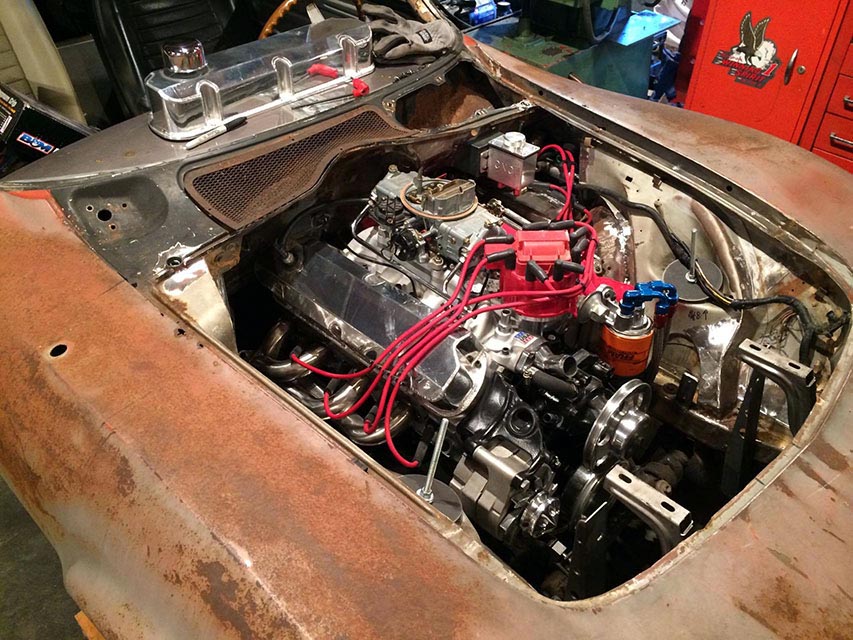 Danny also speced and assembled his own engine for the GT. It's a .060 over 5.0L Ford small block displacing 310 cubic inches and backed up by an AOD trans. He custom built the frame to accept the V8 which fits like it was always meant to be there. These engines are narrower than small block Cheys and are thus popular for swapping into smaller cars. This combination includes a Edlebrock dual-plane intake, 735 CFM Holly, COMP cam and roller rockers, Trick-Flow push rods and guide plates, GT40 heads, stainless hugger headers, a balanced rotating assembly, and a 2700 stahl converter. 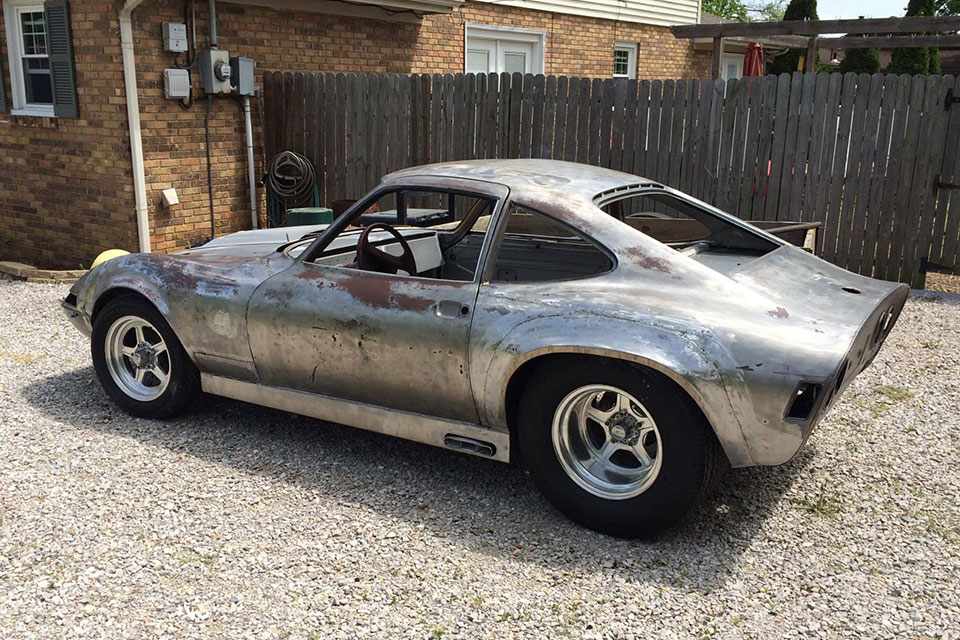 A ton of intricate metal work was required to revise the wheel openings to not only accept the new tire and wheel combination, but to also maintain the original integrity of the Opel body design. The wheel openings are stretched on all four wheels and a custom fabricated rocker panel ties them together at the bottom. 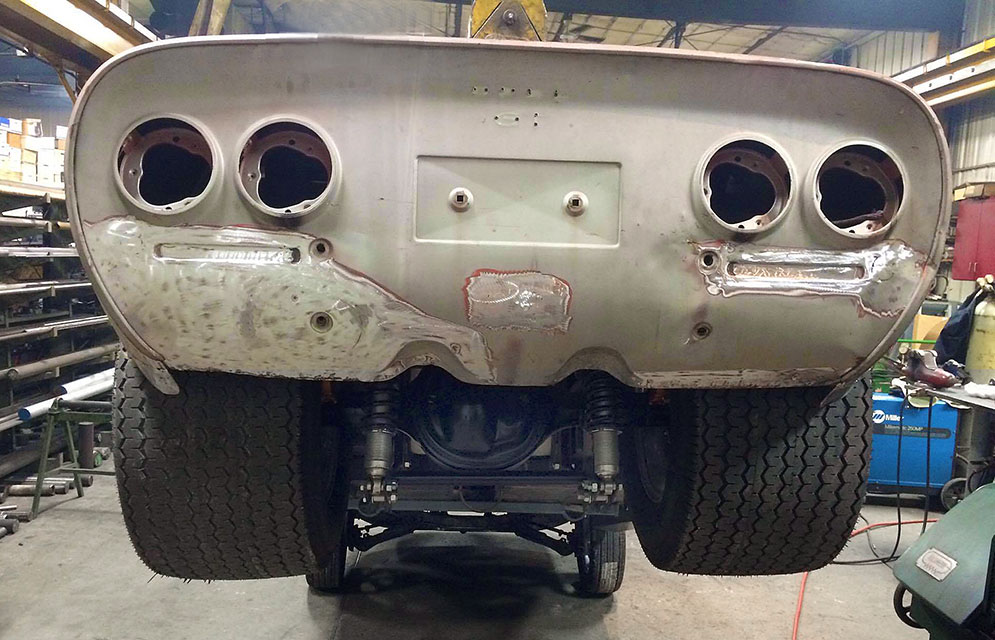 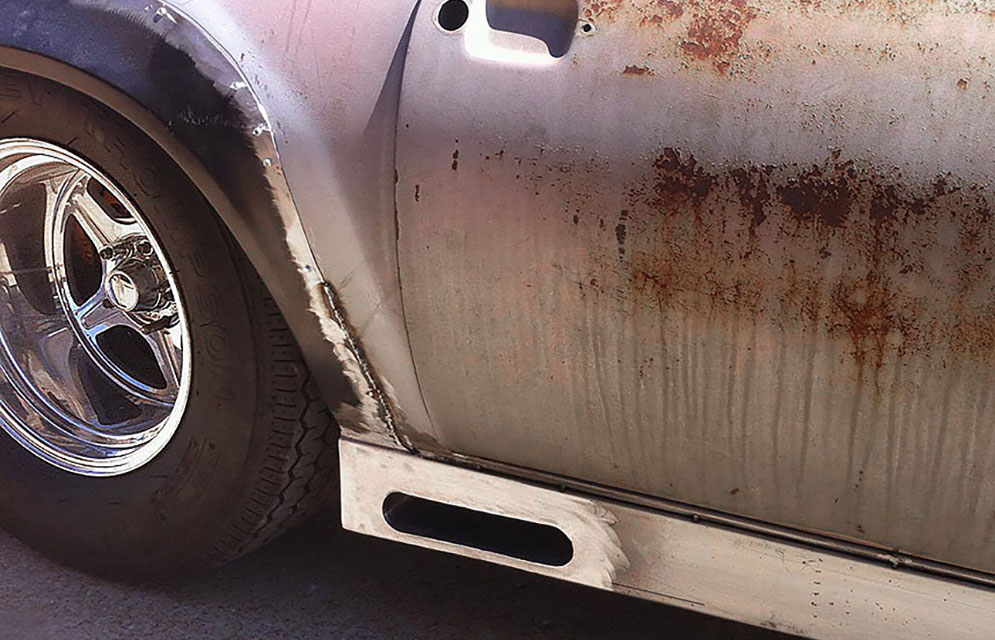 Nothing slaps you in the face harder than the wall of rear rubber on a Pro Street car. This one rolls of Billet Specialties wheels suspended with custom coil overs. Danny fabbed custom opening in the lower rocker panels to provide rear side exit exhaust openings. The effect is subtle, but very functional and solved exhaust routing problems under the car. 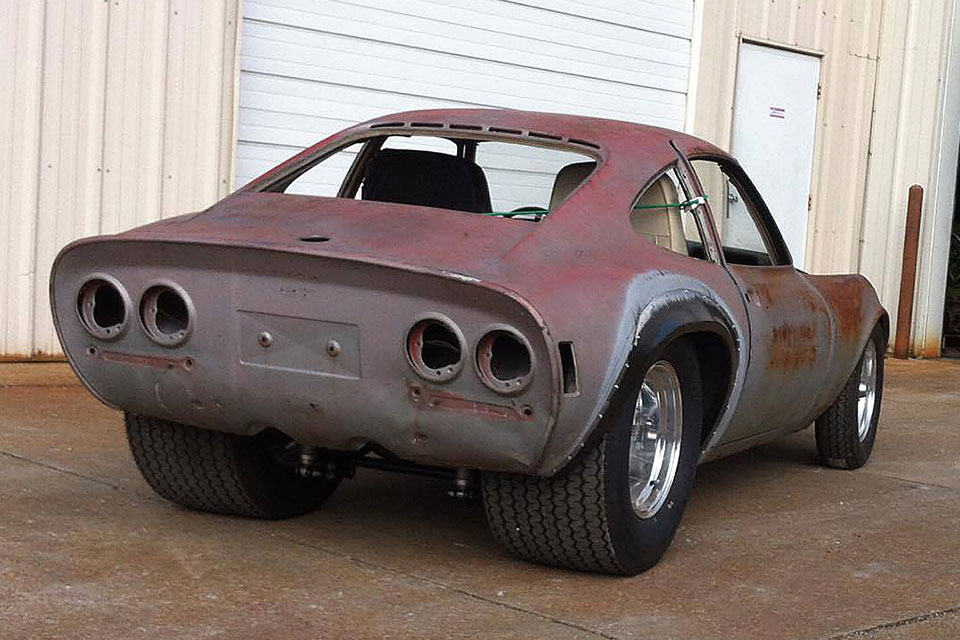 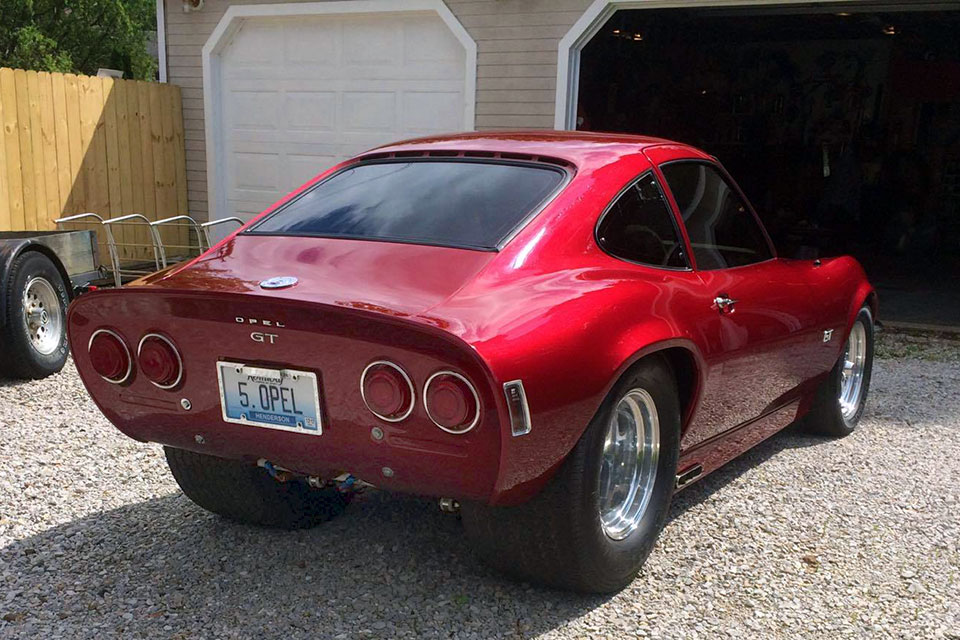 Wheel opening and fender panel work is evident on the left and the final product (right) shows successful modifications that accommodate the massive new tires without detracting from the car's original design.

Here is the car in primer, ready for Danny's son Brad to apply the mile-deep ruby red candy color that makes the car really pop in the sunlight. Those Billet Specialties wheels couldn't be more perfect for this car. 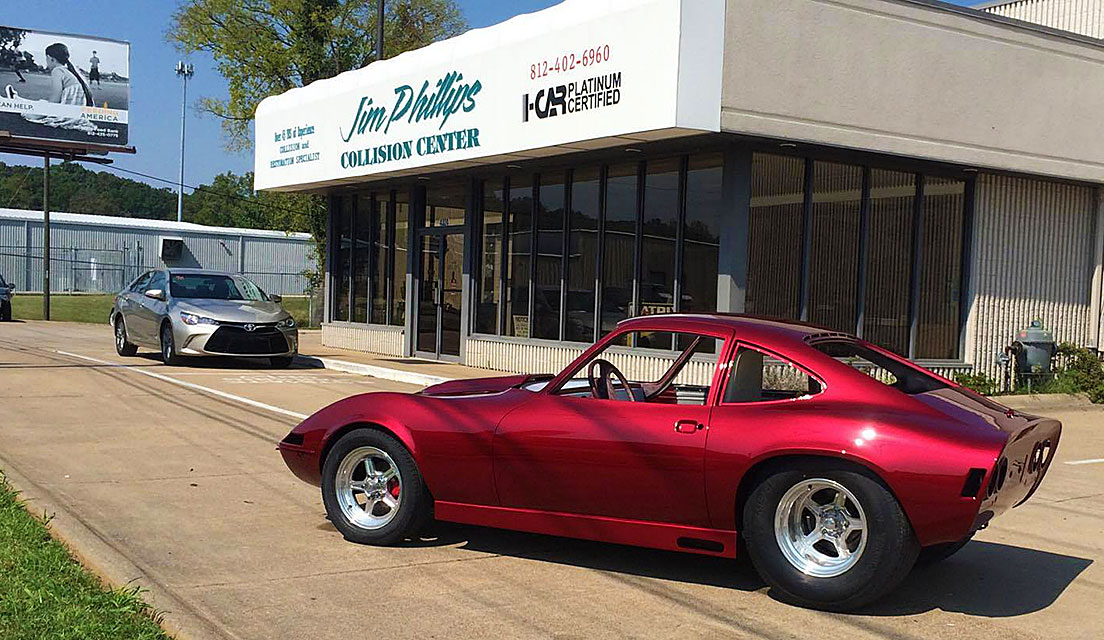 Who thinks Danny's 46-year-old Opel GT is about a thousand times better looking than the Transformer inspired car with the big mustache in the background? Well that was easy, the ayes have it. 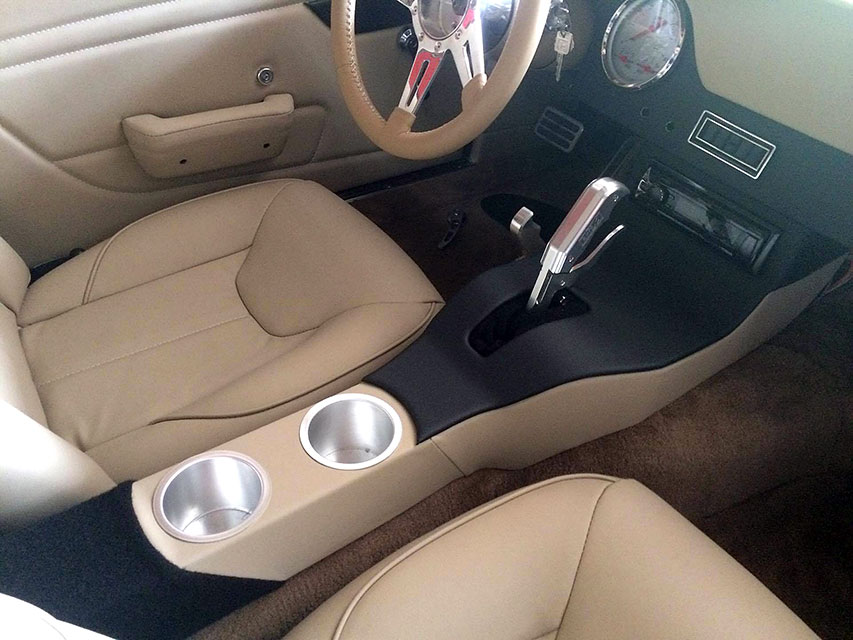 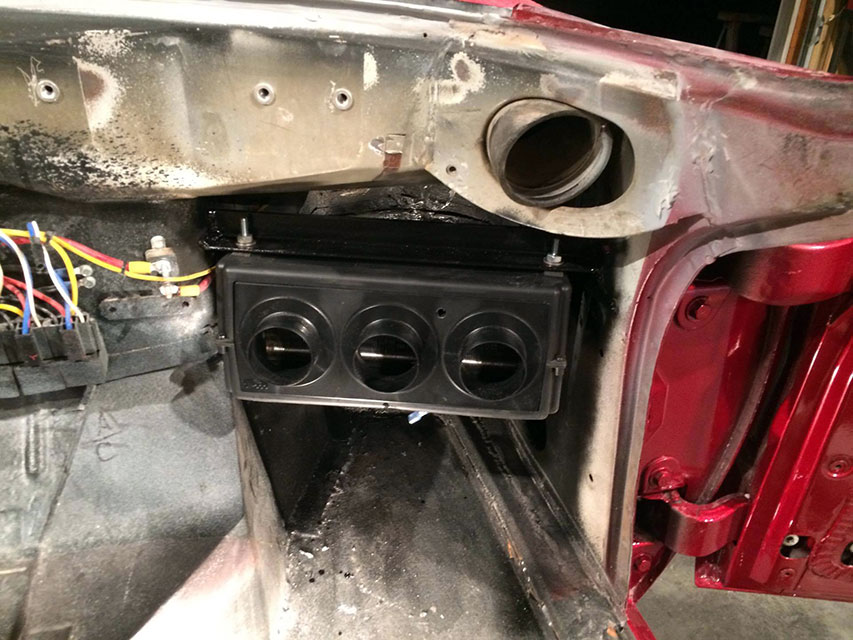 Danny's lovely wife Lisa told him she wasn't riding anywhere in that thing unless it had air conditioning. So he added a fully functional AC unit to ensure maximum comfort when out for a cruise in his hot rod. Happy wife, happy hot rodding.
In the interesting cool facts department, we learned that the custom dash is made from a discarded Cadillac CTS deck lid. Lisa found it in a U-pull, Danny cut it to fit  and Bobby covered it. Now that's hot rodding! 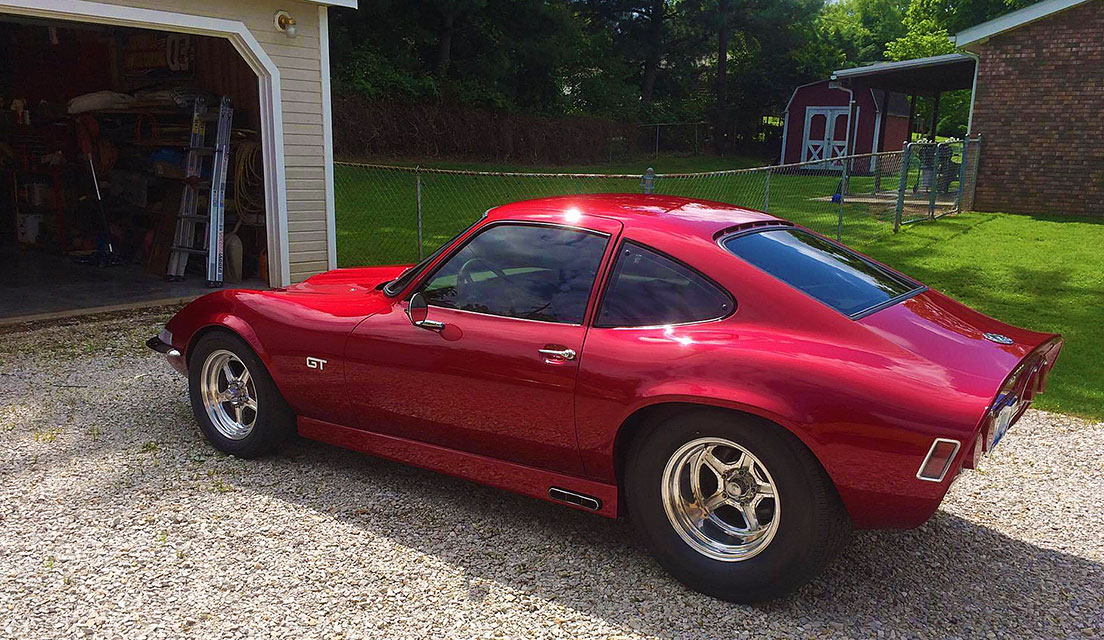 Danny's car is visually stunning from any angle. the Pro Street theme recalls the glory days of Opel GT's in Modified Eliminator and makes its own performance statement on the street. It's a true testament to Danny's keen automotive taste and fabrication skills. 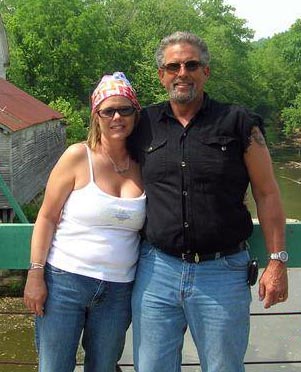 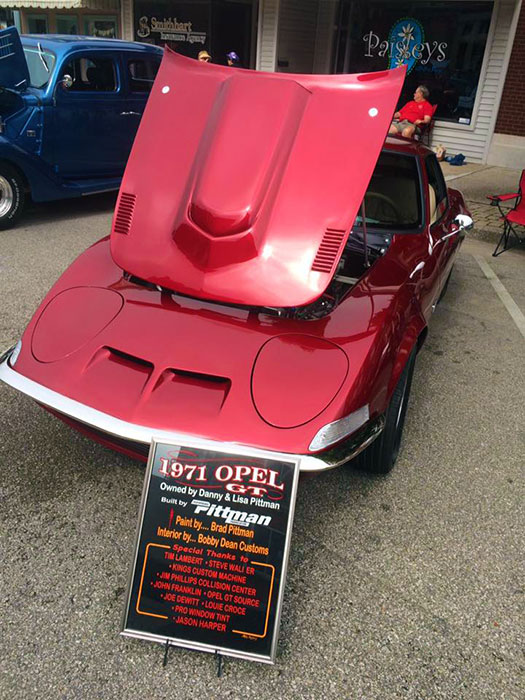