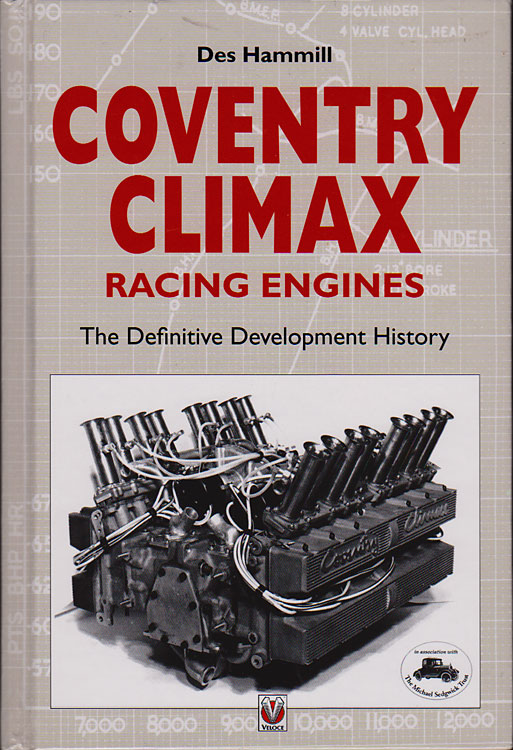 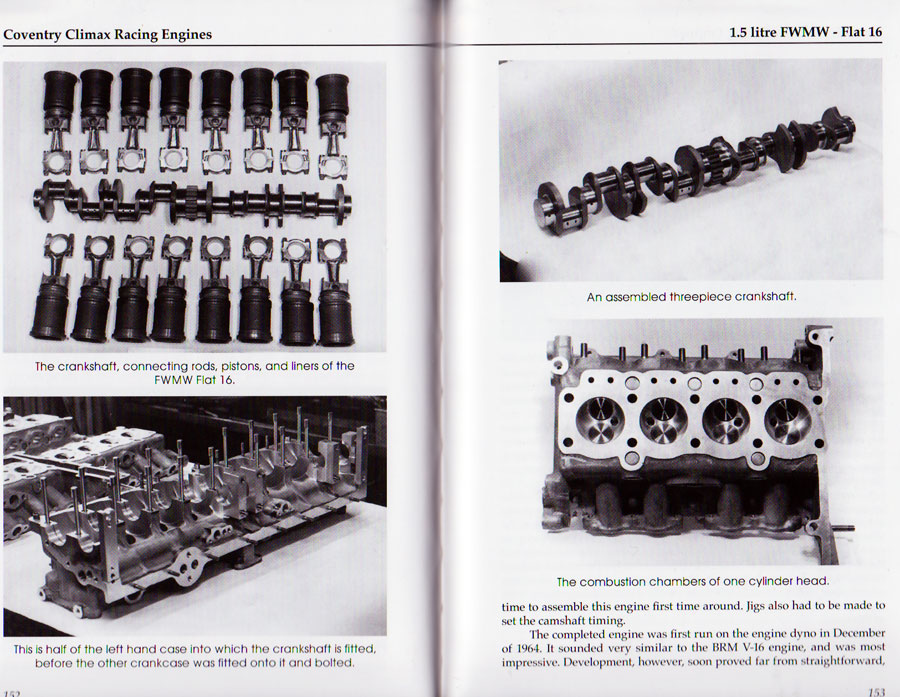 The back story to these amazing achievements began in 1903 when founder Horace Lee established a small engine business which evolved into Coventry Climax in 1917. The company built 2, 4 and 6 cylinder petrol engines and diesels, for cars, trucks, forklifts, fire pumps and other industrial applications so they had developed considerable engine design expertise well prior to their entry into racing activities. Coventry Climax had grown into a major and well respected engine supplier with up to 3000 employees and a broadly respected product line in Great Britain. Author Des Hammill’s revealing book concentrates specifically on their racing engine design and development efforts and therein lays the hook for hardcore engine enthusiasts who love to study racing engines in minute detail. 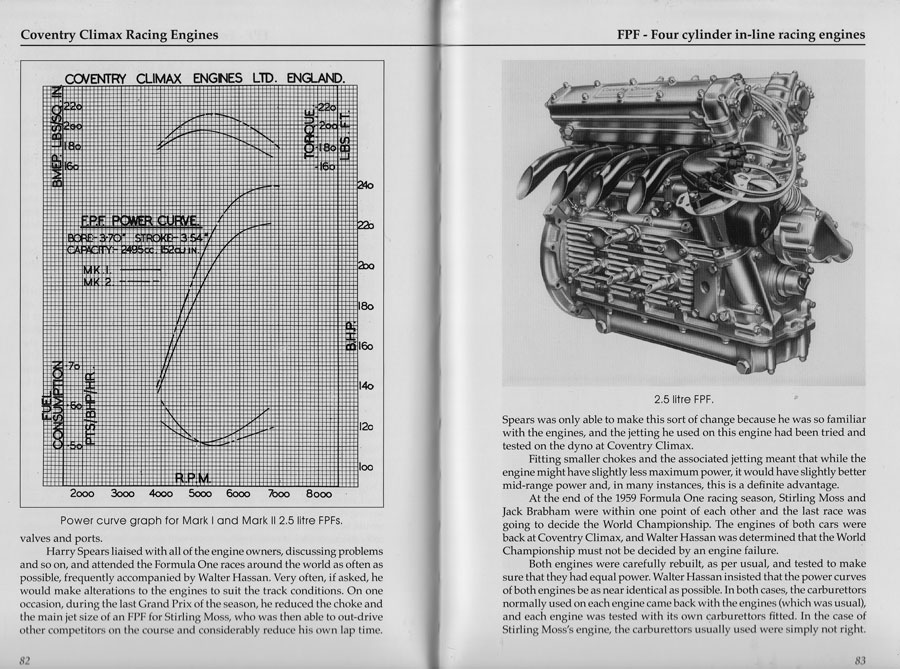 With appropriate historical perspective and a necessary chapter devoted to engine codes, the book begins with a look at the 2.5L FPE V8 Grand Prix Engine. Note that the prefix code for this engine FPE erroneously stood for Fire Pump Eight even though it was a high output racing design. Only one was built for development purposes, but four additional sets of parts were machined, but never used.  From this point and for every subsequent engine reviewed, the book follows the design and development process in exacting detail, including all the errors, arguments, failures and successes as each engine was groomed for competition.  It details virtually every engine almost down to the individual parts and describes the testing and development process, which parts failed or performed poorly and what steps were taken to correct the various problems. 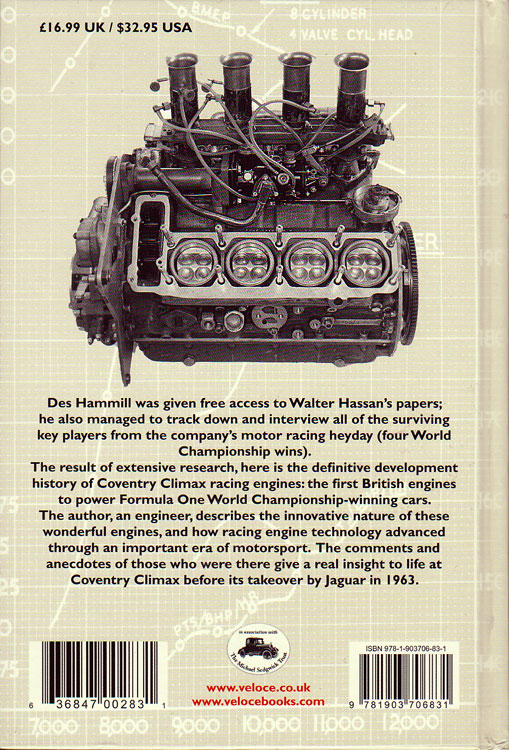 Between the lines readers can recognize much of the theory and practice still in use today and many of the associated problems that prompted the growth of modern specialty companies that provide specific components such as rods pistons and high strength fasteners.  Of particular note are the surprising difficulties attributed to Weber carburetors which the company struggled with on many occasions. Or it reveals how some cylinder heads were sent out to the Westlake Company for porting only to be returned with excessive cross-sectional port areas that lost power instead of gaining power.  Many of these problems were repeated with other suppliers and engineers were constantly challenged to make the engines perform with ill performing carburetion and ignition component. Readers also learn how careless and ill prepared many racer teams were back in the day and how the company constantly struggled to get users to tune and run the engines properly until they abruptly withdrew from racing altogether in 1966.

The book is well illustrated with photographs and dyno sheets for each engine family. The photos are particularly informative and readers get a good glimpse of rarely seen high performance engine details that are now considered standard in racing engines. Author Des Hammill was afforded complete access to Walter Hassan’s records and papers and he has been able to document virtually every Coventry Climax racing engine ever produced. Complete technical specs for each type f racing engine built are provided for readers to study. And that’s the beauty of this thoroughly researched book. The level of detail is remarkable. If you’re any sort of student of racing engine development this book ranks as a superb read and a welcome addition to your gearhead library.