Gary Conley has made a thirty year career of designing and building high performance engines. The only difference is that Gary ‘s engines are quarter scale fully functional miniatures that run and make horsepower just like real engines. I first met Gary back in the eighties when I did one of the very first stories on his original small block Chevy model engine for Hot Rod Magazine. 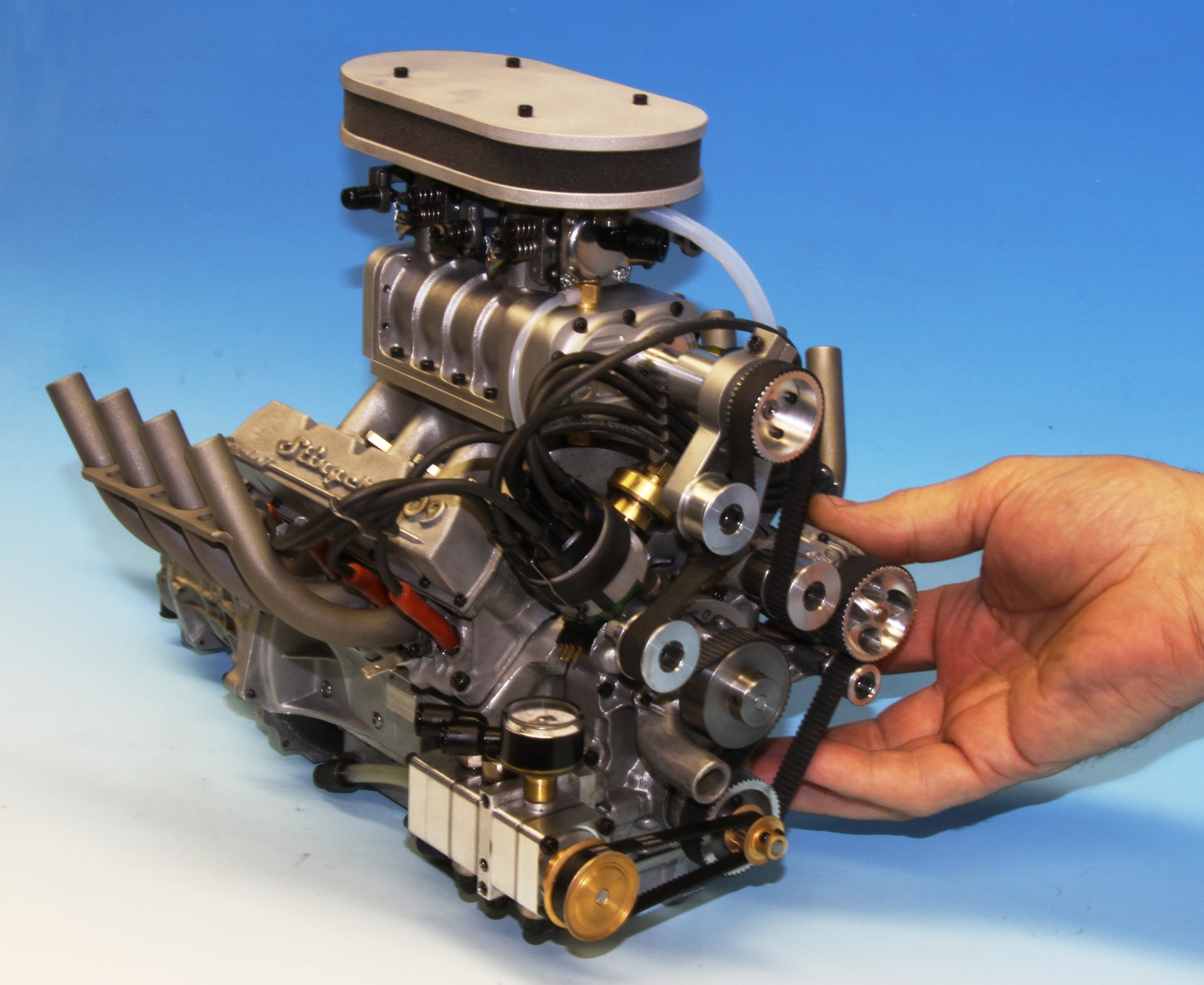 That first engine was plenty impressive and it set Conley on the path to major success in the model engine industry. Today Conley Precision Engines is one of the most respected names in engine modeling.

The latest in a long line of Conley engines is the Stinger 609, so named because of its total displacement of 6.90 cubic inches (about 100 cc). This engine is all new with no common parts from previous engines. It features a 1.00-inch bore with a .970-inch stroke. It is 6 inches wide, 8-1/4 inches tall and 14 inches long from the front timing belt to the back of the transmission. It weighs about 11-1/4 pounds. The supercharged version is taller at approximately 10 inches.

Innovative features abound in the new engine including large oval intake ports, “D” shaped exhaust ports and investment cast parts. The engine has a full ignition system and a pressurized dry sump oiling system. The dry sump system is particularly sophisticated for a model engine. Gary made a three-stage oil pump to move the oil. One stage feeds pressurized oil from the separate reservoir to the engine. The other two stages evacuate oil from the dry sump pan. Like full scale engines this is a racing safeguard oiling system that provides constant pressure oiling under all conditions including high acceleration, cornering or in marine applications. The engine holds about 20 psi oil pressure at idle and 60 psi at 9000 rpm. The dry sump system contributes more oil volume which also aids in engine cooling.

The engine uses spark plugs with a 10-40 thread. It comes equipped with a standard equipment electric starter; a 12V electric motor that is a functional and fundamental part of the engine. It can be activated manually or remotely via the transmitter on the remote control. A centrifugal clutch is also included. The standard engine costs $5,695 equipped with standard “Zoomie” style exhaust headers. 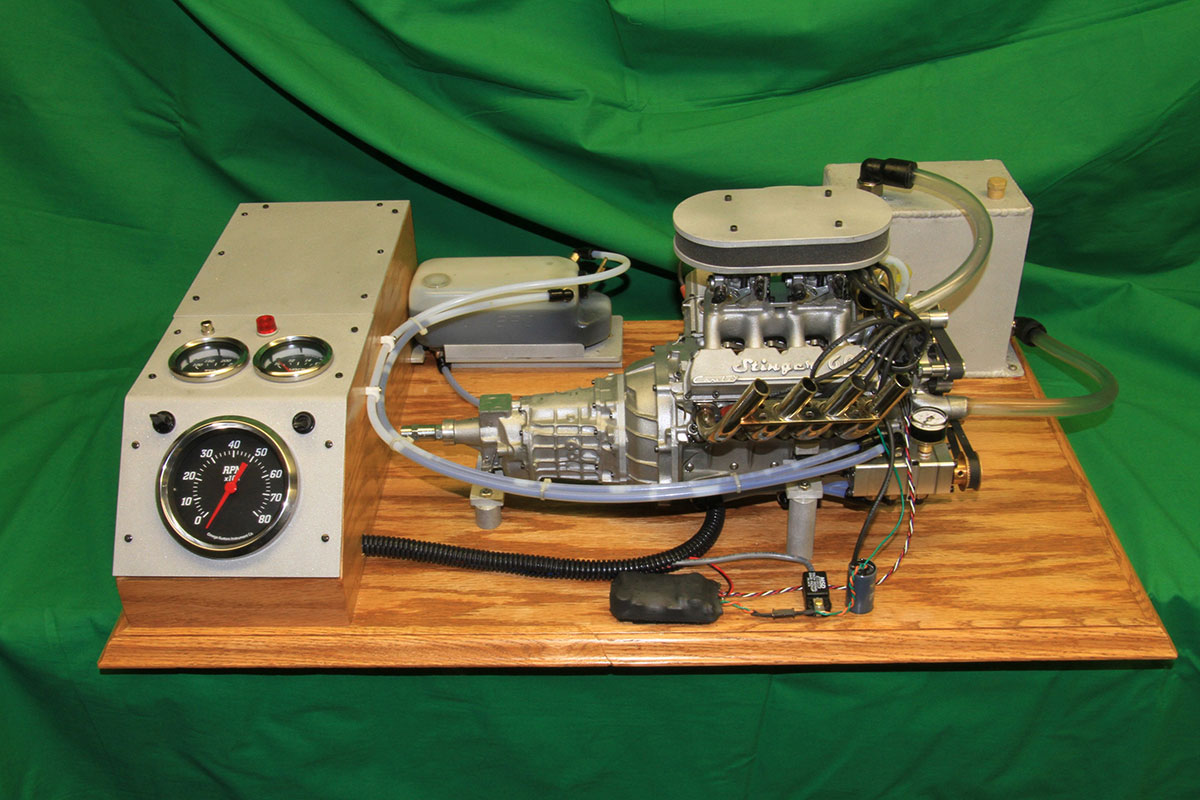 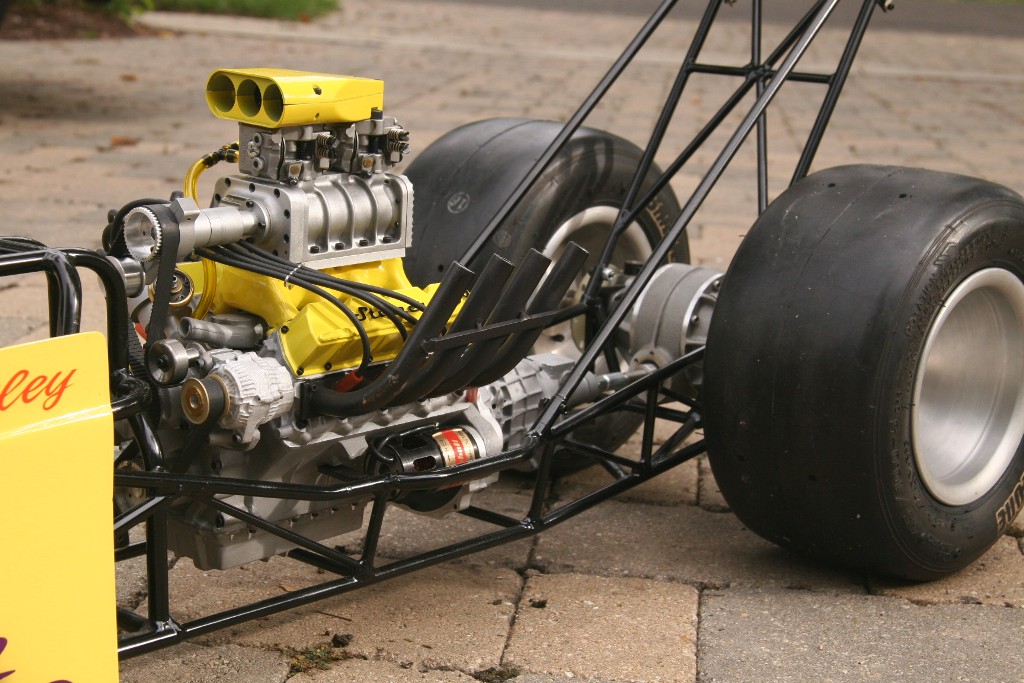 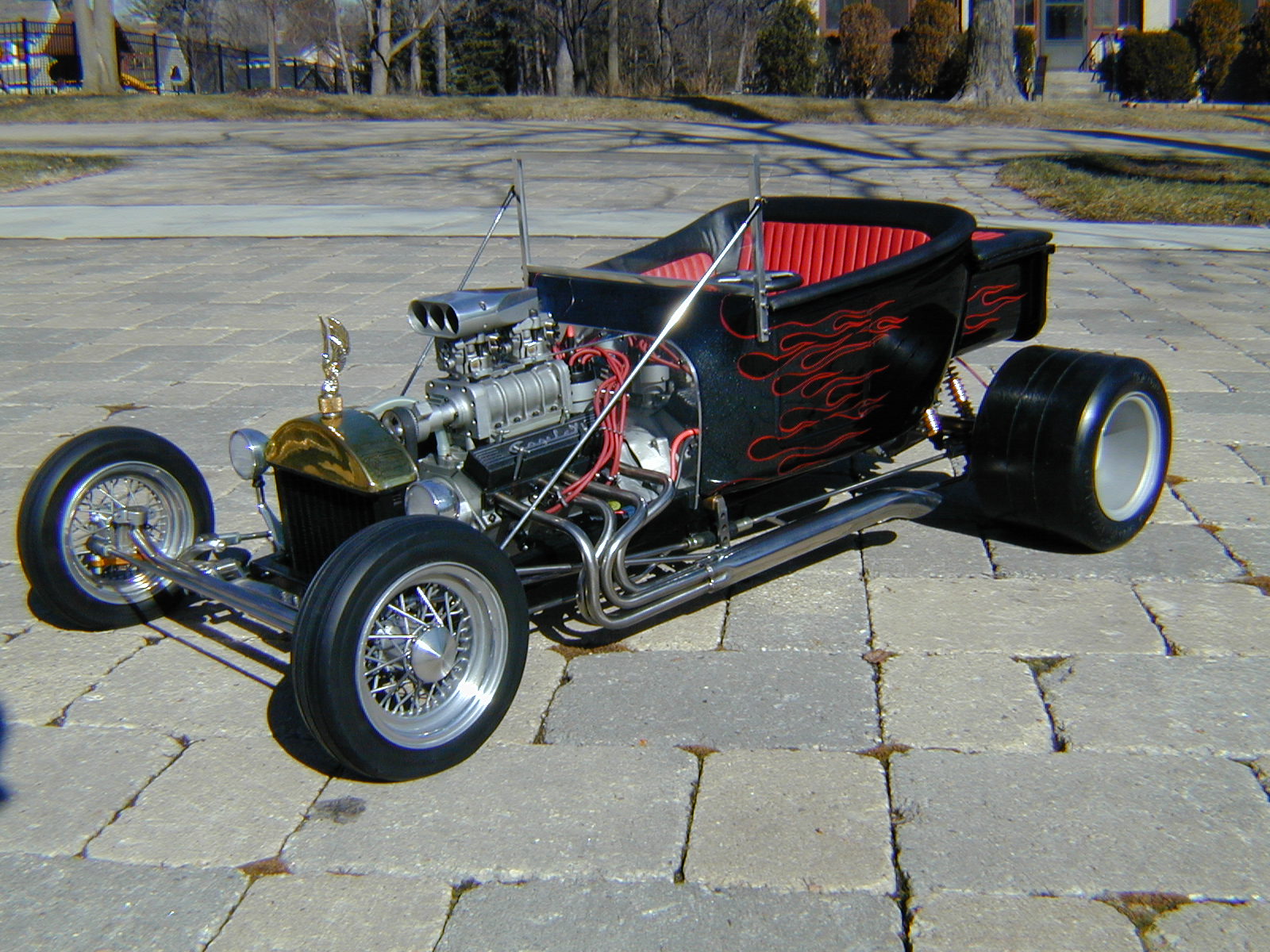