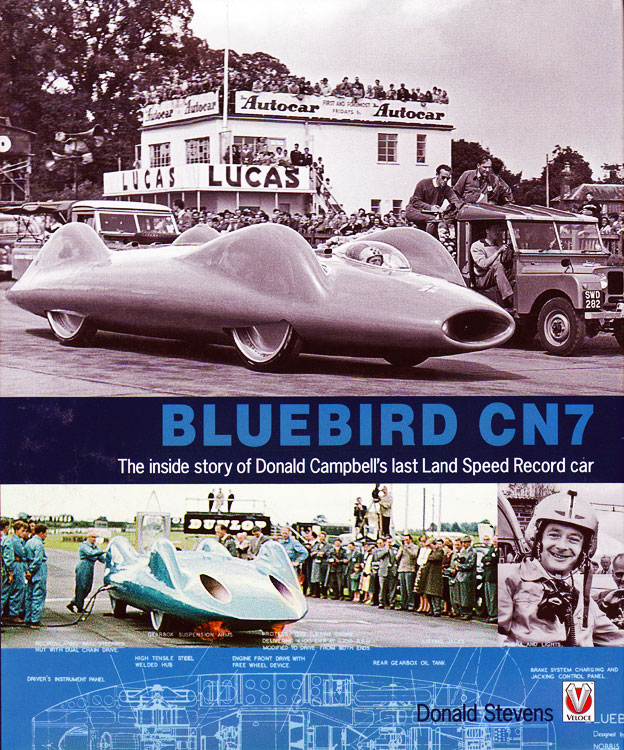 Engine enthusiasts are typically drawn to anything mechanical, especially engines and race cars. The story of Donald Campbell’s turbine powered, wheel driven CN7 (Campbell-Norris 7) land speed record car may seem a bit of a stretch for engine guys, but it does in fact become an interesting read because it is written by a close insider who witnesses every step of the design, construction and record attempts. Campbell’s 403.10 MPH record in 1964 is particularly noteworthy because it is the first actual land speed record exceeding 400 MPH, predating the faster Summers Brothers Goldenrod and much faster jet and rockets by several years. Former record holder John Cobb was first to surpass 400 MPH on one of his record passes in 1947, but failed to back it up thereby establishing the 394 MPH record that Campbell broke more than thirteen years later. 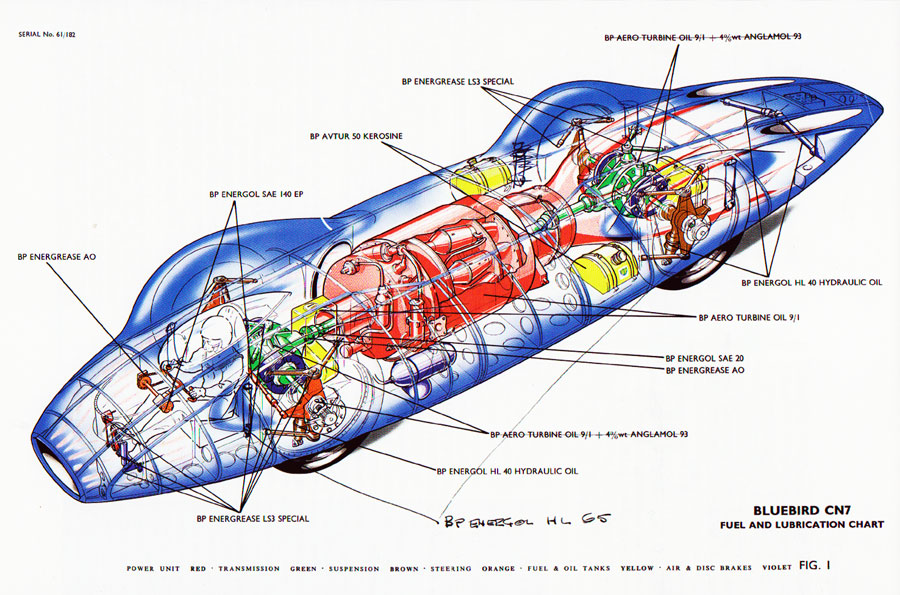 Interestingly the current wheel driven land speed record is held by a turbine powered car just like Campbell’s Bluebird.  After Campbell established the 400 MPH standard, the Summers Brothers raised it to 409 MPH with a piston powered vehicle. It stood for nearly four decades before Don Vesco raised it to 458 MPH in the turbine powered Turbinator. Now piston powered cars are knocking on that door harder than ever (see World’s Fastest Small Block) with the Poteet and Main streamliner raising the piston powered record to 439 MPH.

The CN7 story represents the emergence of modern industrial technology in record breaking activities; a multi-million dollar effort supported by top British manufacturing companies.  Campbell’s CN7 was designed by the highly respected Norris Brothers Ltd. engineering firm specialists in LSR car construction and assembled to aircraft standards by Motor Panels Ltd. in Coventry. No effort was spared to provide the best of everything in this all out assault on the land speed record.  Author Donald Stevens describes the entire process revealing the design philosophy, car construction, engine and tire development, testing and all the interesting details that only an insider can provide. 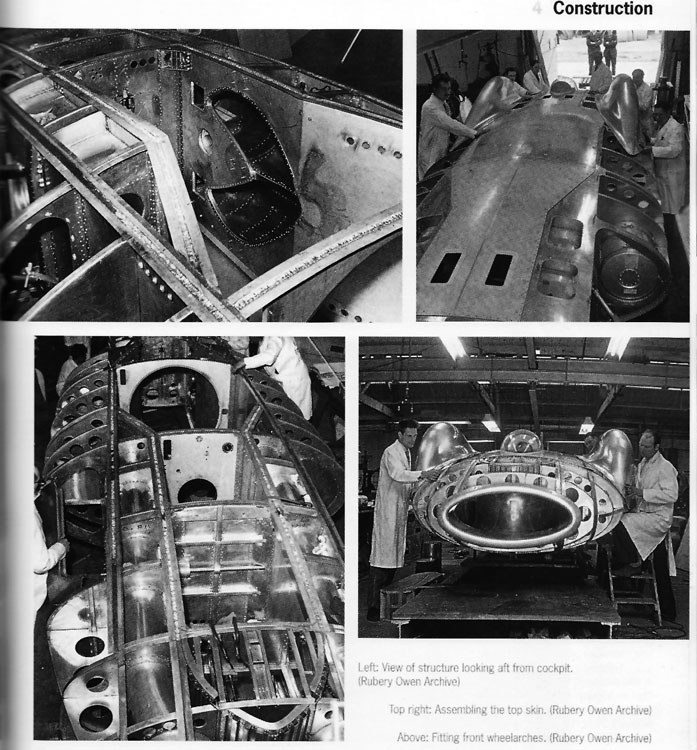 He also details the initial failure when the car crashed at Bonneville and had to be rebuilt for a second attempt at Lake Eyre Australia, which was judged a more appropriate location because it offered a potentially longer track. Stevens further reveals the internal struggles and bickering among designers, fabricators and suppliers and how the project nearly fell apart several times. The book is an easy read that flows effortlessly from chapter to chapters. Of particular interest to technically oriented readers are the numerous sketches, design drawings and construction photos that populate its pages. Campbell’s CN7 was built to fighter plane standards and its technical sophistication is intimately revealed via Stephens’ cogent narrative and detailed photos and illustrations.

Bluebird CN7 is packed from cover to cover with detailed drawings and photographs of every system and component. It unveils the step by step design and construction of a successful land speed record car, sparing no detail about the design and construction process. It shows readers the depth of engineering detail that goes into such a monumental effort; all delivered by a stalwart member of the original design team. The book includes a stirring foreword by current supersonic land speed record holder Andy Green with high praise for the magnificent achievement. Those who enjoy seeing how things work and learning about the why and the how of specialized high speed record cars will find it surprisingly instructive and fitting testimony to the design engineering and fabrication skills of its constructors.  We find it a recommended read and a first-rate addition to any hot rodders bookcase. −JB