The World According to Smokey Yunick 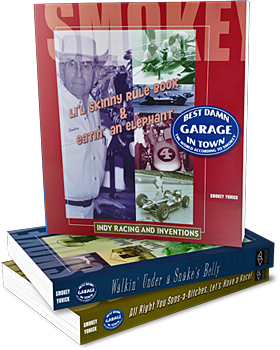 Few iconic figures in motorsports are more recognizable than Henry “Smokey” Yunick. Among the colorful individuals of NASCAR’s golden age Smokey was a genuine giant who cast a long and influential shadow. A unique never to be repeated combination of Yoda, Einstein and the last samurai Smokey thrived on the razor’s edge of creative rule book interpretation with arguably one of the keenest minds in all of motorsports.Sadly Smokey ran his final lap on May 9, 2001, but his enduring influence reminds us today of a time when men were men and they didn’t suck up to anybody. Racing used to be all about the best driver, the best mechanic and the fastest car. Today it’s all about the best driver, the best mechanic and the fastest car as long as the driver and the crew chief don’t say or do anything objectionable to NASCAR or the various corporate sponsors holding their leash. Sure, the racing is still exciting and the top drivers are certainly talented, but the sport has gone stale; lacking the color, drama and genuine heroes of its illustrious past. In the name of parity, NASCAR has slowly emasculated stock car racing; carefully paring all traces of creativity, originality, one-upsmanship and most of all; gifted mechanics capable of demon tweaking a car with ingenuity and imagination and putting it on the pole or at the front of the pack on the basis of pure mechanical genius.
Smokey was “that guy”. 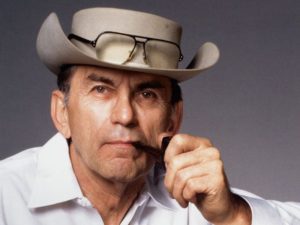 Powerful and influential automotive executives sought his council and usually regretted failing to follow it. Corporate presidents fought fiercely to keep Smokey in their camp even though he was never shy about telling them how bad their stuff was and he would now and then have to smack one of them around in their own office. If you never read another book in your life, you must read this one. Rarely does a tell-all book publish without significant watering down by corporate editors seeking to avoid litigation. Smokey’s book is decidedly different. When no one would touch it without editing, Smokey formed his own publishing company to ensure that not a single word was cut. If Smokey approved of someone, he says so in short direct terms. If he didn’t approve of someone, NASCAR’s Bill France for example, they got both barrels. Never shy about pulling the trigger on embarrassing and well concealed facts, Smokey defines the concept of “telling it like it was.” Only a man supremely confident of his own record and abilities could pull that off. Smokey was “that guy”. 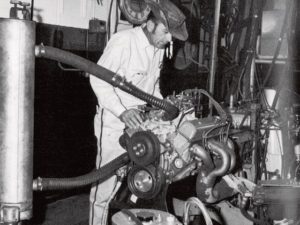 Smokey’s rousing autobiography started out to be a book on the history of stock car racing and the many colorful individuals who are no longer around to relate their own stories. Smokey decided to do it for them through his unique and keenly honest eyes. Along the way, the book evolved into a three volume box set chronicling the extraordinary story of Smokey’s epic life. The first volume, Walkin’ Under a Snake’s Belly reveals Smokey’s youth and early years in noteworthy detail, providing substantial insight as to how Smokey evolved into the brilliant, self-confident and swashbuckling individual who cut a path through life with no quarter asked and none given. Smokey’s adventures around the world and in racing read like a top soldier of fortune novel. There’s a “helluva” movie lurking between these pages if only the right producer happens to read them. Dropping out of high school in his formative years to help support the family, Smokey became a self taught and self made man of imposing proportions. Growing up on a farm in Neshaminy, Pennsylvania he absorbed life’s harsh lessons early and then shuttled off to World War II as a B-17 pilot flying missions over German and around the world. Like many young men of that era he developed a wild streak; drinking and cussin’ bar fighting, skirt chasin’ pissing off his superiors and all the while completing his missions with bombs on target. Smokey was “that guy”.

In the second volume, All Right You Sons-a-Bitches, Let’s Have a Race, Smokey relates his stock car experiences in his own colorful language (dictionary included). While boozing’ and womanizing were a large part of his repertoire, Smokey maintained a laser-like focus on being the fastest and smartest racer ever. He relates every detail of his stock car years; the good, the bad and the “what the hell was that about” stories that will have you laughing, crying and certainly wishing you’d been a part of it all. The third volume, Li’l Skinny Rule Book, reveals his deep affection for the Indianapolis 500 and the type of racing where an inventive mind and determination were a mechanic’s stock in trade. Smokey thrived on the challenges Indy presented and like his stock car years, he brought a never before seen wealth of talent and innovative thinking to the unique open wheel venue. As always, Smokey was “that guy”. 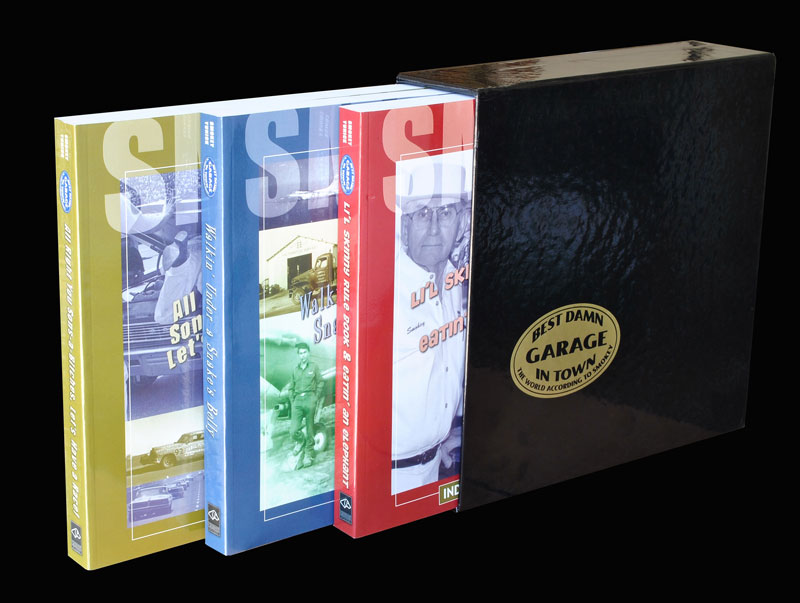 The latter part of the third volume details the many inventions that sprang from his fertile mind. He held 10 patents which are 10 more than most people, but they don’t begin to reveal the depth of innovation he brought to the table and the contributions he made to American auto manufacturers who later claimed his ideas as their own. Some ideas and inventions like his extraordinary hot vapor engine never came to fruition largely because of Detroit’s regrettable “not invented here” mindset. Industry kingpins often sought his advice and frequently ignored it to their later chagrin. Automotive executives and many racing officials maintained a love/hate relationship with Smokey, but they respected him one and all. Someone had to keep them all in line and Smokey was “that guy”. Yunick’s refreshingly frank book soars high above the common drivel that passes for biographical literature with a sincerity and honesty seldom seen. A product of “the greatest generation” c. Many around him shook their fingers while quietly wishing they had the ability and the character to steer their own ship with the same skill and confidence. Many racers and auto industry executives have penned their own stories over the years, but few have expressed their life and times and indeed revealed their relevancy as well as straight talkin’ Smokey. The elements that characterize genuine American heroes are pretty much set in stone. Few men rise to that level, but one in particular comes to mind. Smokey was and still is “that guy”.